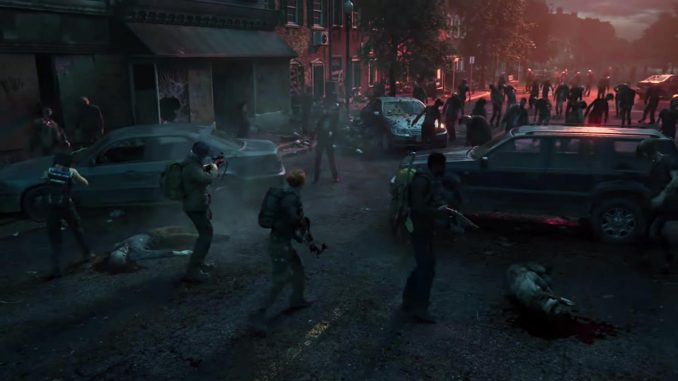 Coinciding with the launch of the game today (for PC, console availability is still a few months away), there is a new Overkill’s The Walking Dead – Cinematic Launch Trailer to watch. It’s an intense vignette, with plenty of visceral action including up close blood and gore.

Overkill’s The Walking Dead is available for $59.99 on Steam. There is also a Deluxe Edition, which costs $79.99, and it includes Season 1 (10 Episodes, available now), Season 2 (9 Episodes, being released between late November and next June), Night Raid Collection (skin pack, flare gun skin, knife skin, and flask skin), Digital Art Book, and Digital Soundtrack.

OVERKILL’s The Walking Dead is an action-filled four-player co-op multiplayer first-person shooter set in Washington, D.C. after an outbreak brought the dead back to life. In this test of skill, strategy and teamwork players will band together with up to three friends on a variety of missions, securing supplies as well as survivors to strengthen their camp against the threat of both the dead and the living – by any means necessary.

We all see it coming and we all want to know how we can survive when Zombies eventually take over the Earth. The Surviving the Zombie Outbreak book will tell you everything you need to know. This is valuable information. You can either be prepared or be […]