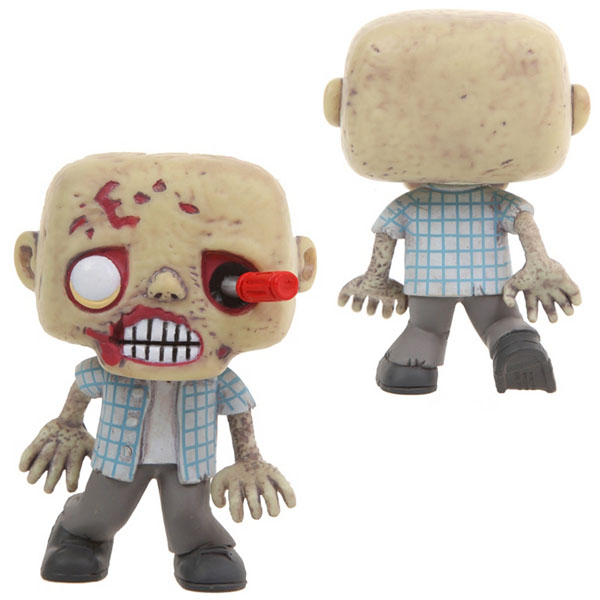 Maybe the strange affection we have for zombies can be attributed to their unfortunate looks – they look the way we sometimes feel. The Walking Dead Pop! Television RV Walker Vinyl Figure has his eye poked out with a screwdriver and what looks to be a pretty bad hair and skin day to top it all off. We all have those kinds of days.

The RV Walker zombie was first introduced on AMC’s The Walking Dead in Season 2. Survivor Andrea shows the RV Walker who’s boss when she gouges his eye with a screwdriver out of self-defense. Now you can have your very own Pop! figure of the RV Walker as a souvenir of one of the show’s scariest zombies ever. Stick it on top of your Winnebago dashboard to ward off other zombies fixing to invade your campsite. 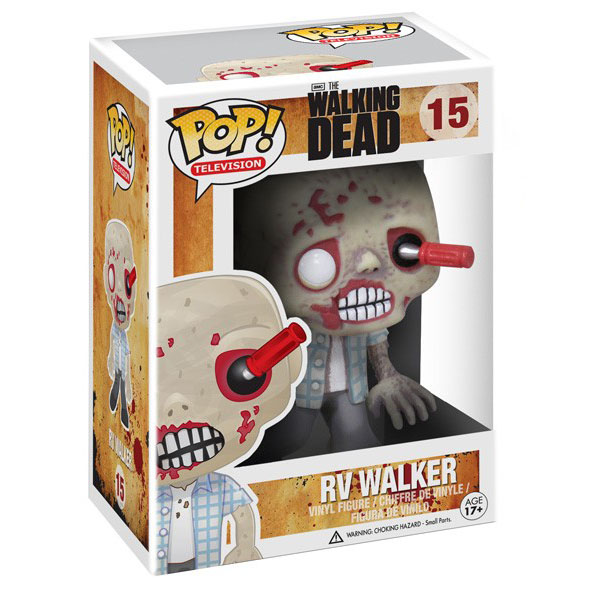 The Walking Dead Pop! Television RV Walker Vinyl Figure
Straight out of The Walking Dead television show on AMC comes an excellent rendition of the RV Walker Zombie – a screwdriver shoved through his eye courtesy of Andrea and shambling for brains – in adorable Pop! Vinyl form. 3 3/4″ vinyl figure

Make your day a little brighter with The Walking Dead Pop! Television RV Walker Vinyl Figure. He is priced around $10 at Hot Topic, Amazon.com, and Entertainment Earth.

If you’re a collector, then you’ll probably also want to get your hands on the Pop! vinyl figures of Rick Grimes and Daryl Dixon.

The Walking Dead Series 3 Rick Grimes and Andrea Action Figure 2-Pack offer a great way to create your own zombie apocalypse stories while sitting around waiting for the real deal. You might have seen the comic book versions of the Governor and Penny as […]

Can a bloated, rotting, waterlogged corpse be cute? It can be when it’s the Walking Dead Well Walker Pop! Vinyl Figure. Just look at the guy. It’s almost impossible to resist giving him cuddles, isn’t it? Okay, maybe that’s taking things a bit too far […]