If you’re eager for a new season of The Mandalorian, you’re not alone. Fortunately, Disney+ released The Mandalorian – Season 2 Official Trailer, and the new season will start streaming on Friday, October 30, 2020.

Watch the The Mandalorian – Season 2 Official Trailer from Disney+:

The new season of The Mandalorian starts streaming Friday, October 30, only on Disney+.

The Mandalorian and the Child continue their journey, facing enemies and rallying allies as they make their way through a dangerous galaxy in the tumultuous era after the collapse of the Galactic Empire. “The Mandalorian” stars Pedro Pascal, Gina Carano, Carl Weathers and Giancarlo Esposito. Directors for the new season include Jon Favreau, Dave Filoni, Bryce Dallas Howard, Rick Famuyiwa, Carl Weathers, Peyton Reed and Robert Rodriguez. Showrunner Jon Favreau serves as executive producer along with Dave Filoni, Kathleen Kennedy and Colin Wilson, with Karen Gilchrist serving as co-executive producer.

Here’s the poster for The Mandalorian Season 2: 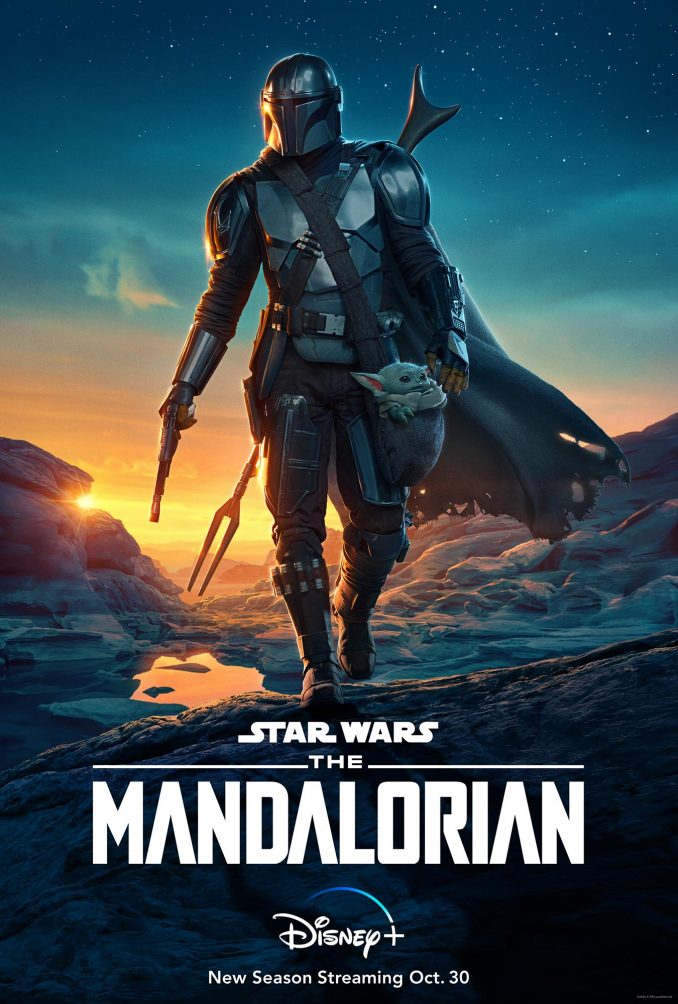 It’s hard to believe it’s been over two months since the first trailer for The Mandalorian. Now there’s a new Star Wars: The Mandalorian – Trailer #2 and the series will debut on the Disney+ streaming service is just two weeks. Judging by this trailer, […]

Right from the opening shot of the Star Wars: The Mandalorian Official Trailer, this new TV series looks like it will be amazing. And it should be, as there are so many incredible possibilities with stories about a bounty hunter set in the Star Wars […]

If the Baby Yoda Plush wasn’t enough for you, check out The Mandalorian ‘Baby Yoda’ Bounties Soup and Blanket Mini-Figures. These adorable little figures are about 2″ tall and feature poses from The Mandalorian on Disney+. It includes The Child wrapped all snuggly warm in […]

It may not be proper to call him “Baby Yoda,” but this Star Wars: The Mandalorian The Child Plush is definitely adorable. This 11″ plush figure features fabric robes and a detailed sculpted vinyl head that gives this toy a very authentic character likeness. It […]

This new 1917 Official Final Trailer doesn’t offer a lot more than the first and second trailers. That’s not a knock against the film though, because it looks like an intense World War I epic that will have you on the edge of your seat […]