It’s hard to believe it’s been over two months since the first trailer for The Mandalorian. Now there’s a new Star Wars: The Mandalorian – Trailer #2 and the series will debut on the Disney+ streaming service is just two weeks. Judging by this trailer, the series should feature plenty of action, with space battles, blaster fights, and hand-to-hand combat with weird creatures.

Disney+ is the new ad-free streaming service that launches November 12, 2019, and will feature exclusive Disney+ content as well as TV shows and movies from Disney, Star Wars, Marvel, Pixar, The Simpsons, National Geographic, and more. It will cost $6.99 per month or $69.99 per year. The Mandalorian, created by Jon Favreau and starring Pedro Pascal as the title character, will premiere as a launch title for Disney Plus.

“Mandalorian, look outside. They’re waiting for you.” Watch the brand new trailer for The Mandalorian, an original Star Wars series. Start streaming November 12, 2019, only on Disney+.

This may not be the latest promo poster for The Mandalorian, but it might be the coolest looking one: 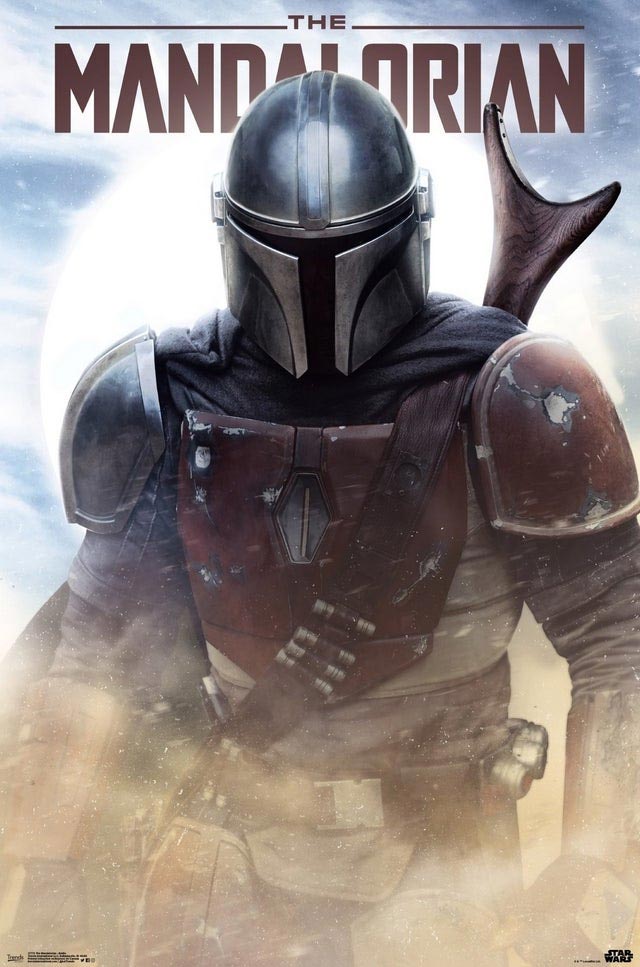 Right from the opening shot of the Star Wars: The Mandalorian Official Trailer, this new TV series looks like it will be amazing. And it should be, as there are so many incredible possibilities with stories about a bounty hunter set in the Star Wars […]

It may not be proper to call him “Baby Yoda,” but this Star Wars: The Mandalorian The Child Plush is definitely adorable. This 11″ plush figure features fabric robes and a detailed sculpted vinyl head that gives this toy a very authentic character likeness. It […]

If the Baby Yoda Plush wasn’t enough for you, check out The Mandalorian ‘Baby Yoda’ Bounties Soup and Blanket Mini-Figures. These adorable little figures are about 2″ tall and feature poses from The Mandalorian on Disney+. It includes The Child wrapped all snuggly warm in […]

It seems like The Mandalorian is quite a hit with both critics and audiences, so this Star Wars Legends in 3D Mandalorian 1:2 Scale Bust will probably be quite popular. Since it is a limited edition of just 1,000 pieces, you may have to get your […]

When you’re a lone gunfighter who spends his days wandering the outer reaches of the galaxy, you need a rugged backpack. Something just like this Star Wars Heroes & Villains Mandalorian Built Up Backpack, which has  extra straps, presumably to be extra strong. Possibly just […]