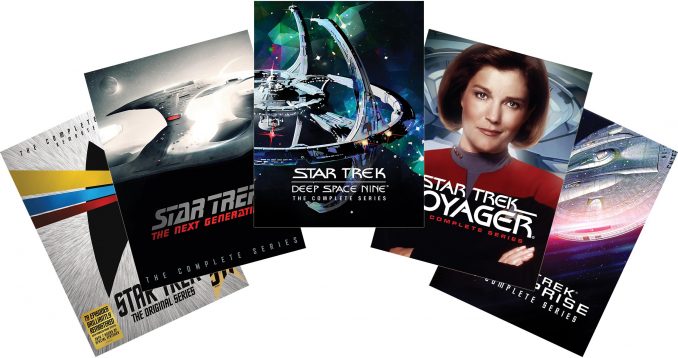 Today (November 6, 2018) only, at Best Buy, Save Over 50% Off Star Trek TV Series on DVD! Here’s your chance to get the complete series of your choice at a great deal, choosing from Star Trek: The Original Series, The Next Generation, Deep Space Nine, Voyager, or Enterprise. Perhaps you’ll buy them all, because according to Rout.com, these are the lowest prices they’ve ever had for each of these DVD box sets. 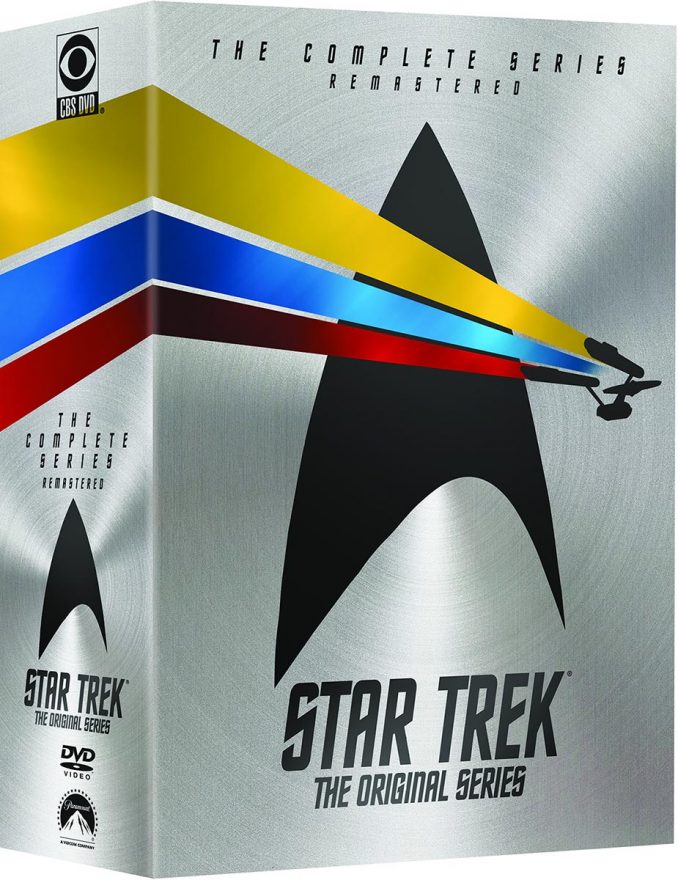 Space. The Final Frontier. The U.S.S. Enterprise embarks on a five year mission to explore the galaxy. The Enterprise is under the command of Captain James T. Kirk. The First Officer is Mr. Spock, from the planet Vulcan. The Chief Medical Officer is Dr. Leonard ‘Bones’ McCoy. Their mission is to explore strange new worlds, to seek new life and new civilizations, to boldly go where no man has gone before! Star Trek: The Original Series ran 1966-1969. 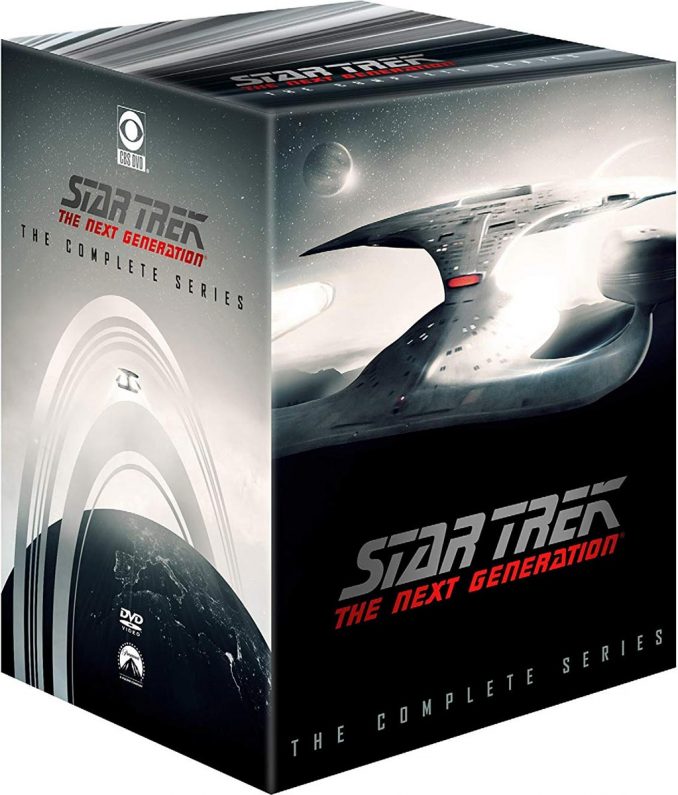 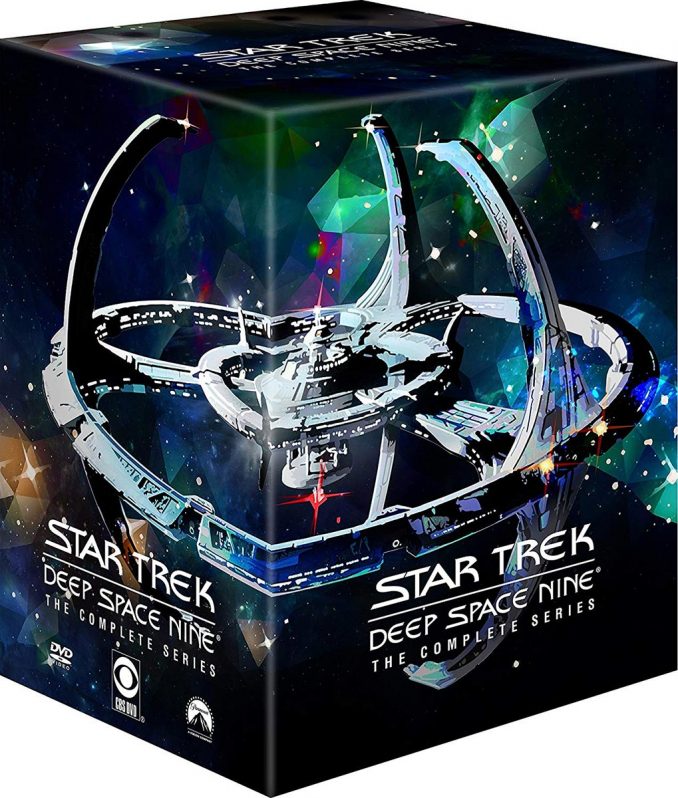 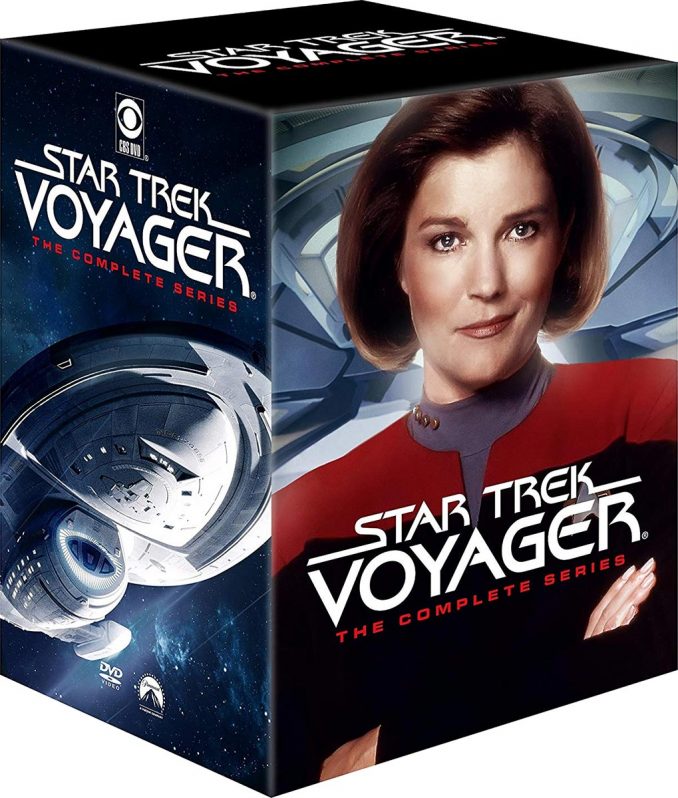 Following the adventures of the Starfleet vessel USS Voyager, which becomes stranded in the Delta Quadrant (on the far side of the Milky Way galaxy, 70,000 light-years from Earth) while searching for a renegade Maquis ship. Voyager has to make the estimated 75-year journey home. Star Trek: Voyager takes place during the years 2371 to 2378 and aired during the years 1995 to 2001. 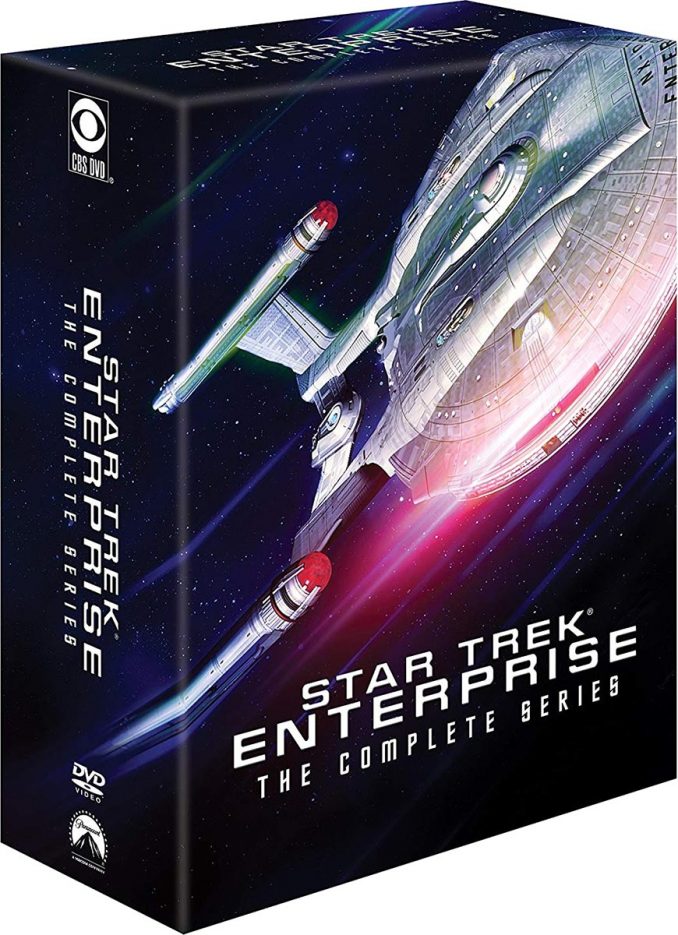 Now that the Vulcans have (none too enthusiastically) been persuaded to provide humans with star charts that will permit them to travel through deep space, Captain Jonathan Archer (Scott Bakula) and his crew are ready to climb aboard the Enterprise NX-01, Earth’s first Warp Five starship. Loyally serving under Archer’s command are attractive Vulcan science officer T’Pol (Jolene Blalock) (who has been sent along because the Vulcans aren’t entirely convinced that the humans are advanced enough to handle the job alone); Archer’s old pal Cmdr. Charles “Trip” Tucker III (Connor Trinneer), the ship’s chief engineer; stuffy British munitions expert Lt. Malcolm Reed (Dominic Keating); interstellar-travel veteran Ensign Travis Mayweather (Anthony “A.T.” Montgomery), the Enterprise’s helmsman; resident “brain” Ensign Hoshi Sato (Linda Park), the ship’s communications officer; and Denobulan doctor Phlox (John Billingsley), who has a working knowledge of virtually every species and civilization in the galaxy. And we mustn’t forget the ship’s mascot, Archer’s pet beagle, Porthos. While the series aired between 2001 and 2005, it was set about 100 years before The Original Series, starting the first season in the year 2151 AD.

Normally if you ask someone “Star Trek or Star Wars?” they’ll assume you’re talking about movies. However, you could be asking whether they want their dinner served on this new Star Trek 4 Piece Dinner Set, or on the Star Wars Lando Calrissian Dinnerware. In […]

If you want to communicate with an alien life form, try hanging this Voyager Golden Record Sleeve Wall Art on your wall and see if it works. This reproduction of the Voyager 1 & 2 golden record cover is perfect for space geeks. The plaque […]

Vans created a new line of products to celebrate NASA’s 60 years of space exploration and innovation. You might have thought that Vans only cared about skating, but these Vans x Space Voyager Sk8-Hi 46 MTE DX Shoes clearly show how they were inspired by […]