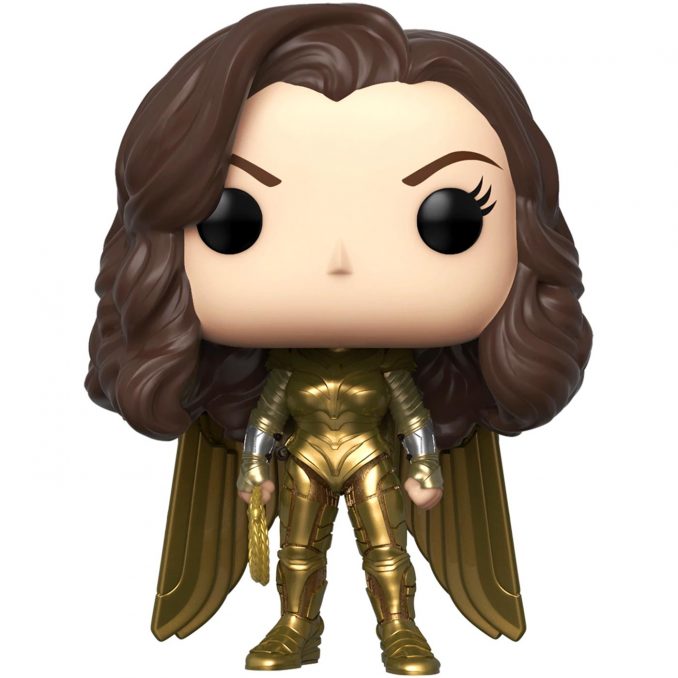 If you have HBO Max, you’ve probably seen Wonder Woman 1984. Before the COVID-19 pandemic, it was set to be released as a big summer blockbuster. It ended up being released on December 25 in theaters and on the HBO Max streaming service.

If you saw the movie, you no doubt recognize this Funko Pop! DC Comics Wonder Woman 1984 Golden Armor Vinyl Figure. It features the Amazon warrior wearing her golden armor.

Wonder Woman takes to the sky in her legendary golden armor! The warrior princess has been reimagined as a Funko Pop! collectible in this iconic look from Wonder Woman 1984—She grips her Lasso of Truth with her wings at the ready.

Funko Pop! DC Comics Wonder Woman 1984 Golden Armor is a BoxLunch exclusive, where it retails for $12.90.

Just like FunkO’s Batgirl Cereal, FunkO’s Wonder Woman Cereal with Pocket Pop! is a tasty breakfast cereal that comes with a bonus prize of a mini Funko vinyl figure. In this case, the cereal is blue multi-grain, and the Pocket Pop! is of Wonder Woman. […]