Right from the opening shot of the Star Wars: The Mandalorian Official Trailer, this new TV series looks like it will be amazing. And it should be, as there are so many incredible possibilities with stories about a bounty hunter set in the Star Wars universe.

The Mandalorian, created by Jon Favreau and starring Pedro Pascal as the title character, will premiere on the Disney+ streaming service on November 12, 2019. Disney+ is the new ad-free streaming service that launches that same day and will feature exclusive Disney+ content as well as  TV shows and movies from Disney, Marvel, “Star Wars,” Pixar, The Simpsons, National Geographic and more. It will cost $6.99 per month or $69.99 per year.

After the stories of Jango and Boba Fett, another warrior emerges in the Star Wars universe. “The Mandalorian” is set after the fall of the Empire and before the emergence of the First Order. We follow the travails of a lone gunfighter in the outer reaches of the galaxy far from the authority of the New Republic.

Here is the promotional poster for The Mandalorian: 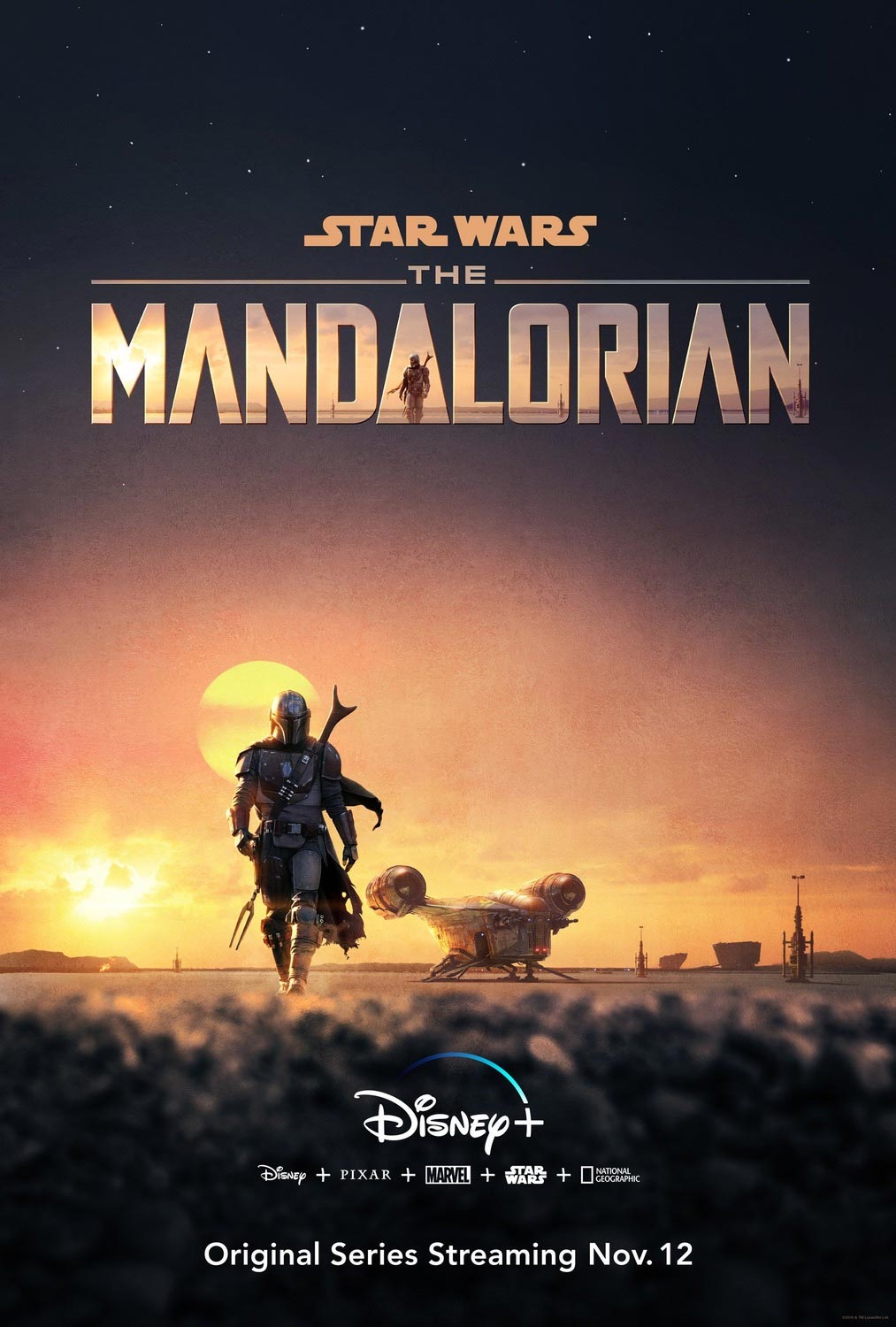 Father’s Day is fast approaching, and if you know a dad with a young Star Wars fan as a son, these Star Wars Jango/Boba Fett Best Dad/Clone T-Shirts would be the perfect gift. The men’s t-shirt features a picture of Jango Fett holding a mug […]

Highly collectible and film accurate, this Jango Fett Jett Pack Action Figure is perfect for Star Wars fans. Jango Fett is, of course, the father of Boba Fett and a renowned Mandalorian bounty hunter. Although very skilled as an assassin and mercenary, Jango Fett met […]

The Boba Fett Mandalorian Armor Backpack has a padded laptop sleeve and additional tablet sleeve lined with soft fabric. It is the perfect place to carry your various bounties. The padded, adjustable straps have MOLLE-style webbing and the fold-top style helps keep your stuff dry. […]