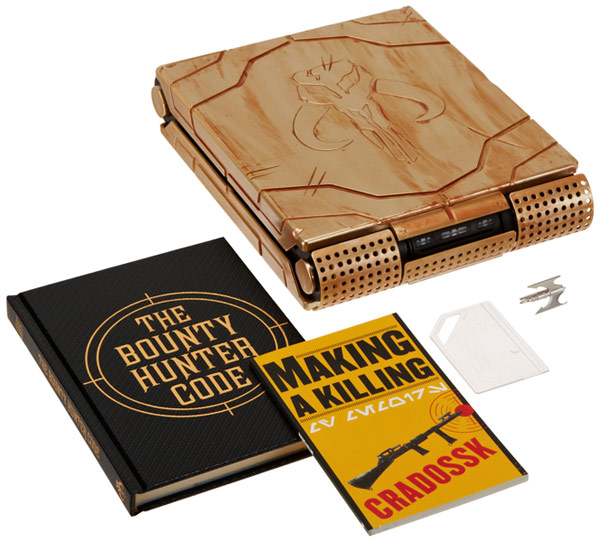 Only true Star Wars fans would know this, but back when Boba Fett fell into the Great Pit of Carkoon, the Rebel Alliance discovered a secure, blast-proof bounty hunter’s case holding Boba Fett’s personal items. For years it remained hidden, but now you can see what is inside of this Star Wars The Bounty Hunter Code: From the Files of Boba Fett.

This item is a lot of fun. Just press the buttons, insert the data card, and the case opens with sounds and lights. It holds the latest edition of the Bounty Hunters Guild Handbook and a manifesto from Death Watch, the secretive splinter group of Mandalorians. Together, these volumes make up The Bounty Hunter Code. But that is just the beginning. 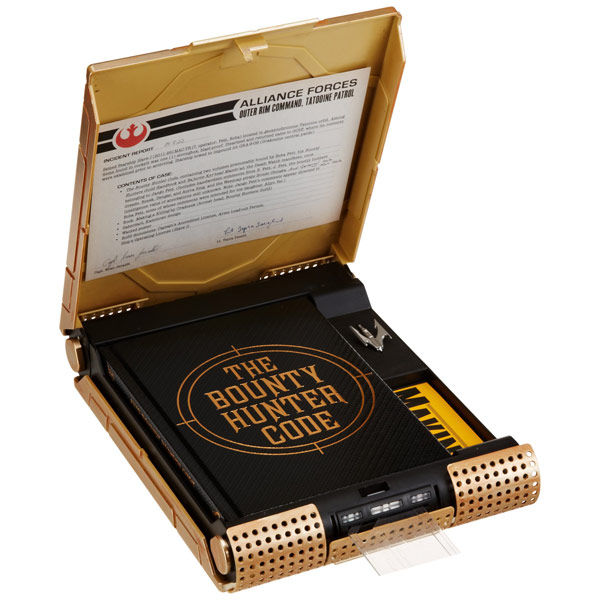 The Bounty Hunter Code: From the Files of Boba Fett will be released on October 29, 2013. Pre-order it now.

Whether you just need them found or frozen, or both, Boba Fett is the man for the job. This Boba Fett Bounty Hunter T-Shirt is a good reminder about who the baddest bounty hunter is. It features the retro Bounty Hunter design on a military […]

Some of your favorite Star Wars bounty hunters have been pixelated on this Star Wars Bounty Hunters Pixelated T-Shirt. Don’t worry, they still look tough as ever. It’s like seeing an Empire Strikes back scene through the eyes of an old school video game. This […]

This Plush Star Wars Mini Bounty Hunters Set takes all of the coolest bounty hunters and turns them into cute plushes that you can hug and snuggle. Remember, no disintegrations. They are super-deformed versions of your favorite Star Wars bounty hunters: Boba Fett, IG-88, Dengar, […]