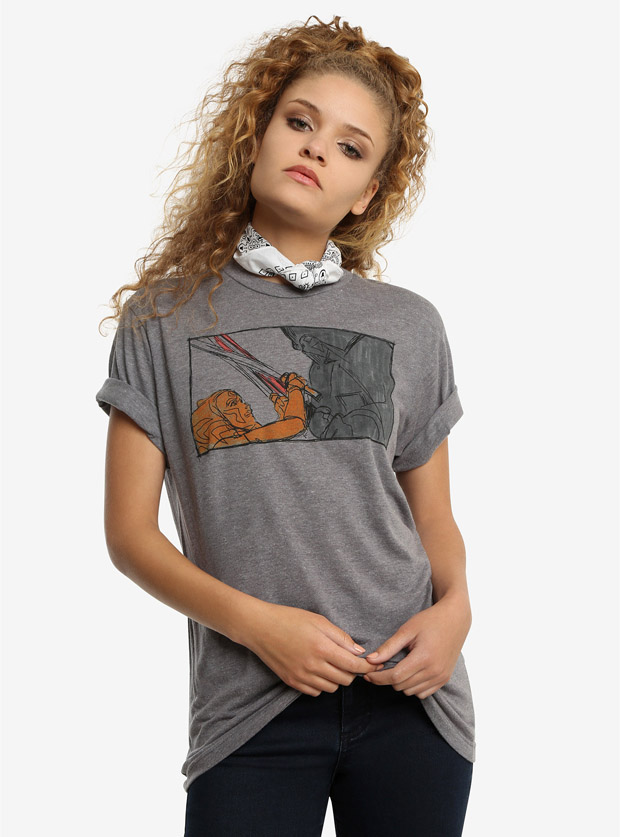 The Star Wars Vader vs. Ahsoka Dave Filoni Sketch T-Shirt reveals that before he battled his former teacher, Darth Vader had to face his former student.

It was the battle everyone was waiting for and it finally happened in Star Wars: Rebels. Ahsoka Tano crossed lightsaber blades with her former teacher, Anakin Skywalker, now consumed by the Dark Side and known as Darth Vader.

That electrifying moment is captured on this 50% polyester, 25% cotton, and 25% rayon tee with storyboard art from the Season 2 finale by Dave Filoni, the executive producer of Star Wars Rebels.

Since Ahsoka is part of established Star Wars canon, is anyone hoping she might make an appearance in one of the planned Star Wars films? 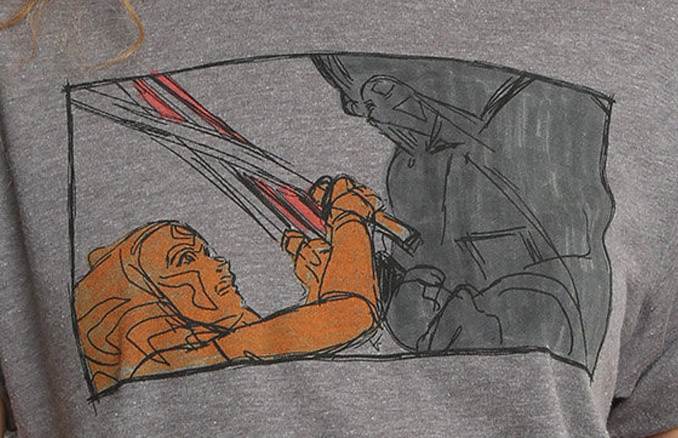 Let the Force guide you to Rout.com, where you’ll find even more Ahsoka Tano merchandise at great prices.

Anakin Skywalker’s young padawan returns in Star Wars Ahsoka. The hidden past of a fan-favorite character from Star Wars: The Clone Wars, Ahsoka Tano, is revealed in this 400-page book. From the moment we met young and feisty Ahsoka in The Clone Wars, we couldn’t […]

A sad but important moment is captured on the Ahsoka’s Choice V-Neck, which focuses on a favorite character for many Star Wars: Clone Wars fans. Sure, this t-shirt features that moment when Ahsoka Tano turned her back on her heritage as a Jedi, leaving her […]