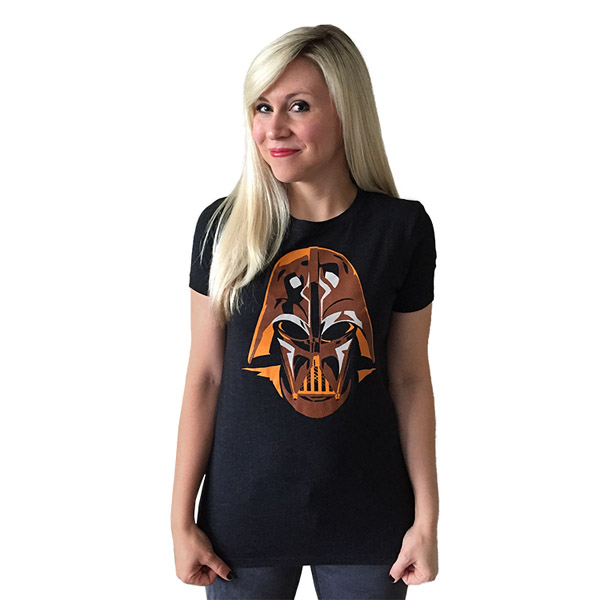 Star Wars: Rebels had an awesome crossover with Star Wars: The Clone Wars, and the Star Wars ‘Visions of Ahsoka’ T-Shirt is what all the fans of Ahsoka Tano are going to want to wear.

Can a television show actually have a crossover with a show that’s no longer on the air? The Force is strong with Rebels because they did it, bringing back one of the most popular characters that has ever wielded a lightsaber… or two.

Designed by Dave Filoni, the shirt features Darth Vader with some very familiar markings reflected on his helmet and mask, almost as if we’re seeing a reflection of his adversary as Ahsoka confronts her former teacher.

The Star Wars ‘Visions of Ahsoka’ T-Shirt is available for $25 at Her Universe.

Anakin Skywalker’s young padawan returns in Star Wars Ahsoka. The hidden past of a fan-favorite character from Star Wars: The Clone Wars, Ahsoka Tano, is revealed in this 400-page book. From the moment we met young and feisty Ahsoka in The Clone Wars, we couldn’t […]

Cases are a dime a dozen, but the Quirky Crossover iPhone 5 Case protects your iPhone with silicone straps, making it quite minimal, and a perfect alternative for people wishing for a thin case that looks distinctive and unique. The straps of the crossover case […]