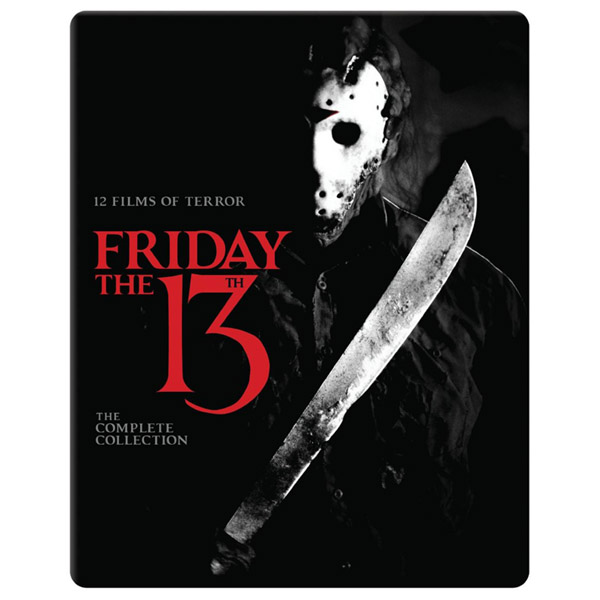 It’s time to get ready for a vacation at Crystal Lake. Don’t worry about the swimsuit but you might want to pack a body bag. Friday the 13th: The Complete Blu-ray Collection is bringing Jason Voorhees right to your doorstep, and it looks like you might even survive the visit.

Is there anyone who hasn’t seen at least one or two Friday the 13th films? It’s the franchise that taught us two very important things: 1) Don’t let your parents send you to summer camp… ever. 2) Don’t have sex or a maniac wearing a hockey mask will kill you.

Those valuable life lessons can be revisited with this 10-disc, 12-film collection that contains: