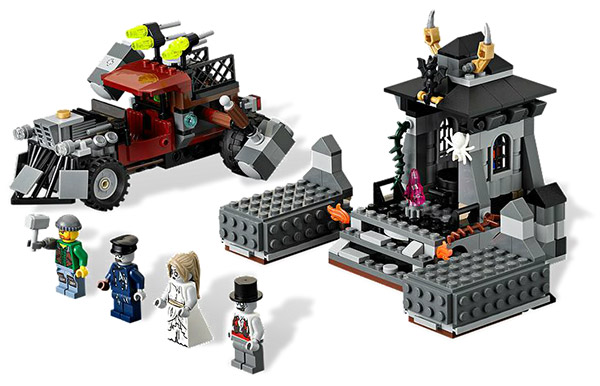 A while back we saw the LEGO Zombie Stickers that you could use to transform your minifigures into zombies. Now you can get a complete zombie set, with the new LEGO Monster Fighters The Zombies. It is part of their new Monster Fighters collection, the same line as that awesome Haunted House Set we announced during the summer. 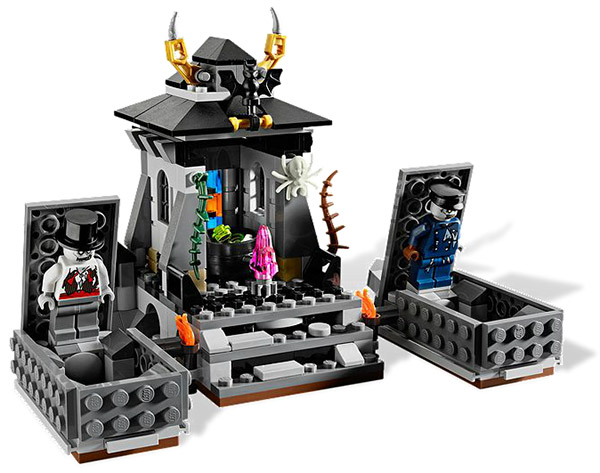 The LEGO Zombies comes with a graveyard that has a crypt, two coffins, and even an attack function. There are three different (and very cool) zombie minifigures, as well as a Jack McHammer minifig that is ready to do battle with his zombie-smashing hammer-attack car. This incredible 447 piece set is perfect for Halloween. 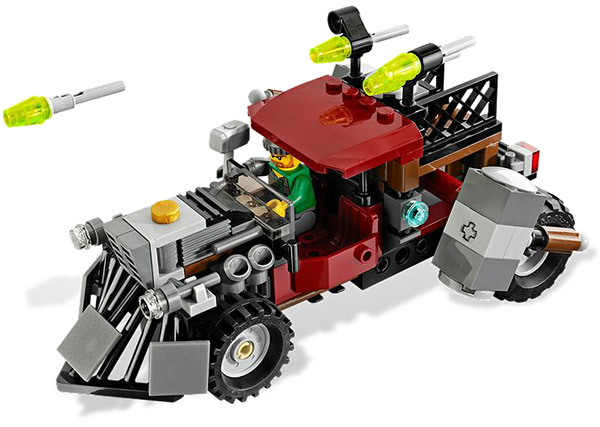 Through the mist, Jack McHammer catches sight of the zombie graveyard. He’s on a mission to recover the zombie moonstone, but as he reaches for it, the zombies rise from their coffins and attack! Can he make it back to his car and battle the zombies with the giant hammer? You decide! Includes 4 minifigures: Jack McHammer and 3 zombies. 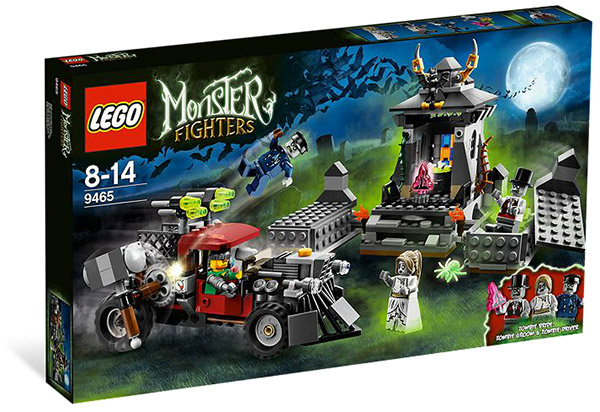