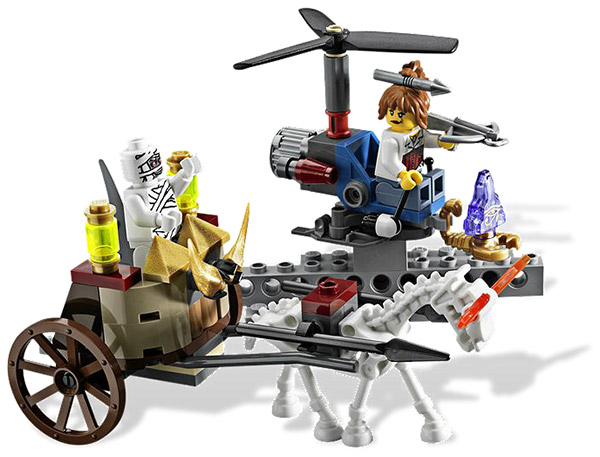 We’ve recently seen some very cool new sets from the new LEGO Monster Fighters line, including the Haunted House and Zombies. Now comes, LEGO Monster Fighters The Mummy, a great budget set to add to your collection. Even though it is inexpensive, this 90 piece set has a lot to offer. It includes a glow-in-the-dark skeleton horse, a mummy minifigure, Ann Lee minifigure, a helicopter with spinning rotors, and a chariot with working wheels. It also includes other cool accessories like the moonstone and 3 different weapons. 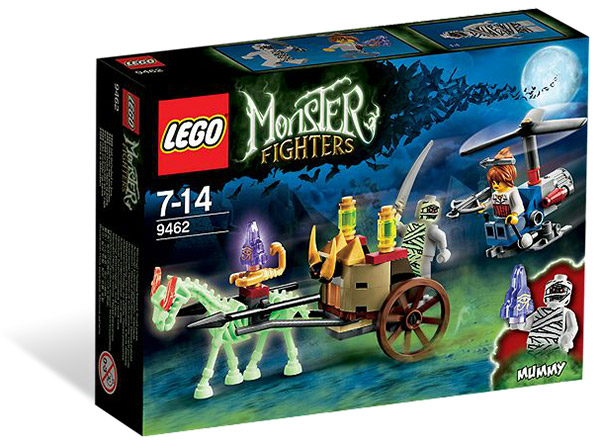 In her cool helicopter, hero Ann Lee flies after the Mummy making an escape in the ghostly chariot. If she can’t stop the Mummy from handing the moonstone over to the Vampyre, the world will be cloaked in eternal darkness. Help her to stop him! 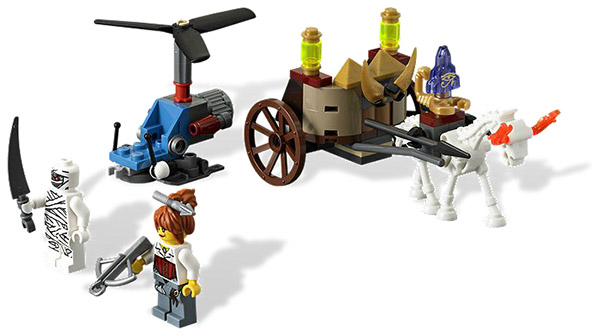 The Mummy LEGO Set is available for just $11.99 at LEGO Shop. It’s also available at Amazon.com. If you want one by Halloween, you should probably hurry because a lot of the Halloween themed LEGO sets have been selling out.