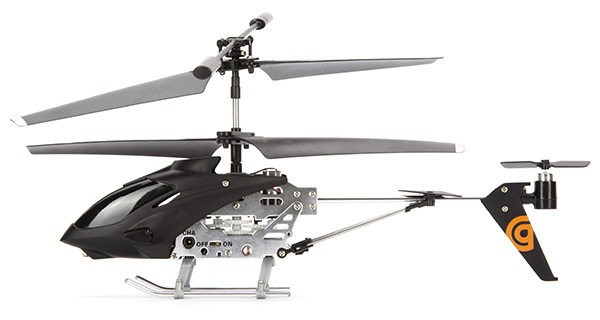 A while back we introduced the HELO TC, a RC helicopter from Griffin Technology that you actually control with your iPhone, iPod, or iPad. Even better, GeekAlerts currently (enter by Dec 12, 2011) has a Free Helo TC Giveaway that is easy to enter. Make sure you do that, because it takes just a few seconds and the odds of winning are very high. After entering, come back to read this Griffin Helo TC Review, which will help answer the question, “Is the Helo TC as awesome as it sounds?” 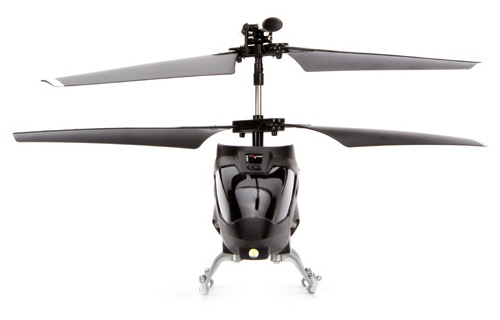 It is great fun actually, but if I skip right to that you won’t read this review of the Helo TC. To start with, this remote control helicopter looks like a cool design, but not much different than the other small RC helicopters out there. However, there is one big difference; instead of a regular remote control, you use an iOS device (such as an iPhone, iPod touch, or iPad) to control the Helo TC.

To turn your iPhone into a remote control, you first need to download the Free HELO TC App from the Apple App Store. After that, put 4 AAA batteries into the HELO TC flight deck, insert the plug into the headphone jack, and then slide your iPhone into the flight deck. The flight deck includes the infrared transmitters needed for wireless communication with the Helo TC helicopter.

The only other thing you need to complete setup is to charge up the rechargeable batteries inside the Helo TC. This is as easy as plugging in the included USB charger into the helicopter and a USB port and waiting about 30 minutes until the LED goes off to indicate a full charge.

Setup really is that simple. After that, you’re ready to start flying, which is also really easy. Some of the more advanced remote control helicopters out there can be difficult for novices to fly, but the HELO TC keeps things easy and fun. Key to the easy control and stable flight is the helicopter’s twin-rotor design, which makes it simple to hover in place or make accurate position adjustments.

To go along with the stable flight capabilities are simple, intuitive controls. On the one side of the screen is the throttle control, and you just slide it up until you take flight. Then use the joystick control on the right to steer the helicopter. It is even more fun to fly it using motion control, where you tilt your iPhone (or iPod touch or iPad) forward, backward, and side-to-side to control the steering. 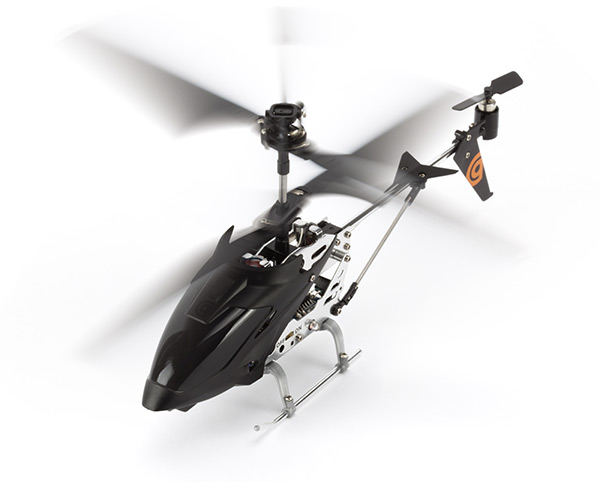 If you ever find yourself about to crash or lose line-of-sight, just hit the Auto Land button to automatically bring the helicopter down for a safe landing. Another button allows you to turn the Helo TC’s five super-bright onboard LED lights on and off. With the control panel, you can also record up to three flight plans. These memorize the controls during a flight, so you can play back the flight pattern over again. 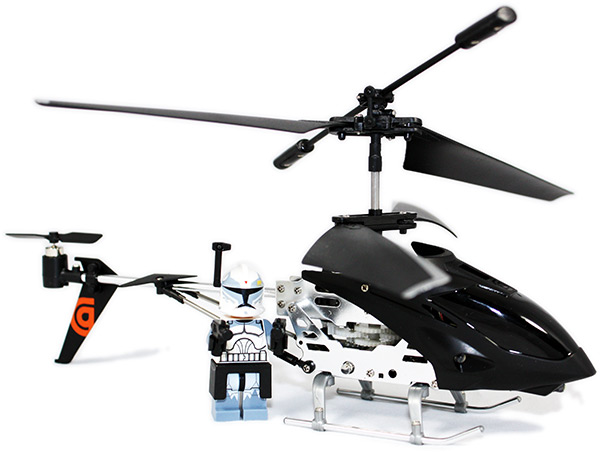 The Griffin Helo TC is a relatively small and light chopper. It is much smaller than the Double Horse 9100 we reviewed a while back. You can see just how small it is in comparison to a Lego Star Wars minifigure (Clone Commander Wolffe) in the picture above. Because it is small and light, it isn’t able to deal with wind. Therefore, this is strictly an indoor helicopter, as a moderate breeze can easily blow it off course.

With any helicopter, you are bound to have crashes. Fortunately, Griffin gives you extra rotor blades so you are ready if you lose one. (They also sell extra Helo TC Part Kits for a very reasonable price.) In the box you get the Helo TC helicopter, flight deck, USB charging cable, extra rotor blades, and the instructions. 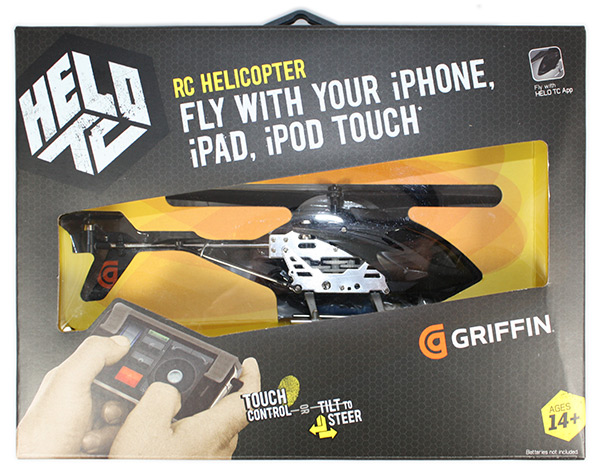 In short, the Helo TC is great fun to fly, and would make a great Christmas gift for the geek on your list. It may not satisfy the hard core RC enthusiasts out there, but the simple controls and easy stability make this one entertaining chopper.

Purchase the Griffin Helo TC for $42.80 at Amazon.com. It is also available for $49.99 with free shipping from BestBuy.com, and can be ordered for $49.99 direct from GriffinTechnology.com.