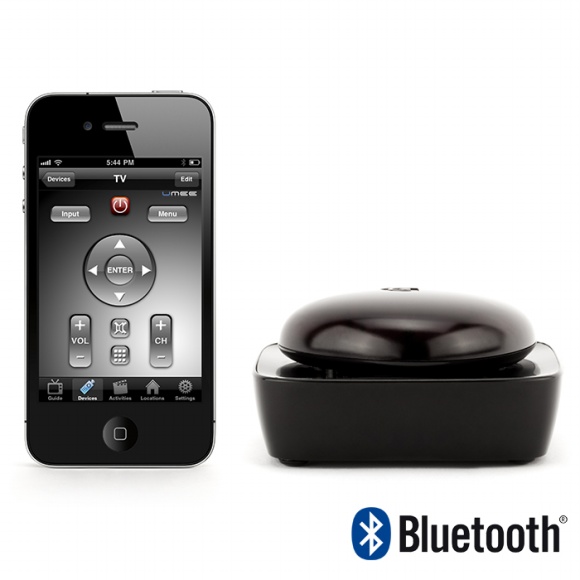 I was rushing home the other day because I wanted to catch the season finale of a television series that I had been following on one of those channels that broadcast Asian drama series. I got home late and wasted close to half an hour trying to locate my TV’s remote control in my messy living room. By the time I managed to change the channel, the episode was halfway through. Avoid the hassles and just go get the Griffin Beacon Universal Remote, why don’t you?

The Griffin Beacon Universal Remote is a nifty little gadget that converts your iPhone, iPod, or iPad into a universal remote control that you can use to switch on and control your TV set, stereo, and other home entertainment appliances. It’s kind of like the VooMote One iPhone & iPod Universal Remote, only it’s also compatible with the iPad as well.

This clever little box of tricks works in conjunction with the Dijit app, wirelessly converting Bluetooth signals from your iPhone, iPod Touch or iPad into gizmo-friendly infra-red commands. Simply place the box in your sitting room, pair it with your iWhatever and you’re away. No cases, dongles or cables required.

If you’re anything like us, your iPhone never leaves your side, so you’ll always have the ultimate remote to hand. And thanks to Dijit’s user-friendly interface, flipping, muting, recording, adjusting volume and whatever else-ing is a doddle.

The Griffin Beacon Universal Remote is available for pre-order at Firebox for £59.99 ($92.)

Are you ready to make Halloween a year round event? Griffin, one of the world’s foremost creators of innovations for everyday life, just announced its monsterific line-up of Griffin Freak Show iPod Touch Cases. These silicone molded cases will fit nicely on your iPod Touch […]