Griffin Technology, the people that brought us the Griffin Helo TC and creators of innovations for everyday life, is unveiling New Features to Popular AppPowered Toys at this year’s CES show in Las Vegas.

These additions will look to further enhance the experiences users have with their already successful line of AppPowered toys and gadgets. Items being and announced are a Woogie App for iOS that creates authentic and interactive faces for the popular plush toy, a missile-launching version of the iOS and Android controlled HELO TC helicopter, and an universally compatible version of the original HELO TC for both iOS and Android platforms. 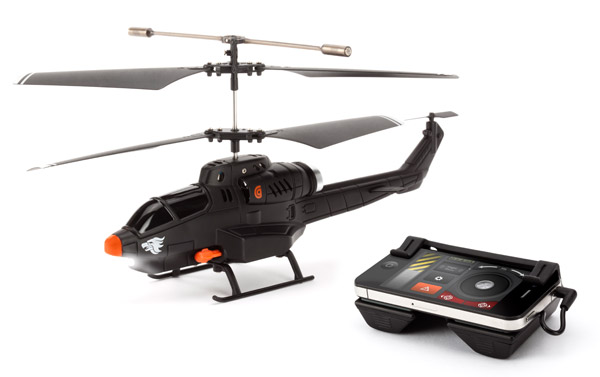 “HELO TC and Woogie were among Griffin’s best sellers during the 2011 holiday season, and they continue to be extremely popular among people of all ages,” said Mark Rowan, President of Griffin Technology. “We’re taking these designs and building on them, introducing fun features like missile launchers, a face-generating app that adds personality to Woogie, and a few compatibility enhancements to bring the toys to an even broader base of mobile users – specifically Android users.”

These new features are sure to add a new level of excitement and entertainment to Griffin’s popular set of toys. To learn more go to Griffintechnology.com and look for these products and others by Griffin at retailers like Amazon.com.

Another day of CES 2012 equals another day of cool electronics and gadgets. Today Griffin Technology Introduced the StudioConnect. This multipurpose music making device gives your iPad or iPad 2 all the controls you need to create serious studio sound. The StudioConnect features a MIDI […]