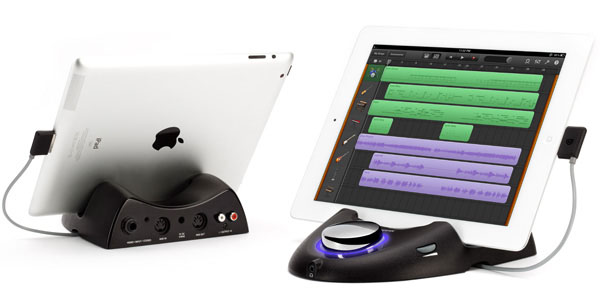 Another day of CES 2012 equals another day of cool electronics and gadgets. Today Griffin Technology Introduced the StudioConnect. This multipurpose music making device gives your iPad or iPad 2 all the controls you need to create serious studio sound. The StudioConnect features a MIDI in/out, audio in/out, and a 3.5 mm stereo headphone jack with its own volume control so you can monitor what’s going in (or out).

Take you recordings to a whole new level by combining both audio and MIDI (Musical Instrument Digital Interface) recording into one compact and portable device that will also charge your iPad with 10 watts of power when docked. The StudioConnect gives music lovers a chance to create their own professional sounding recordings at a very affordable price.

Look for the Griffin Technology StudioConnect to be available soon at Amazon.com and Griffintechnology.com.