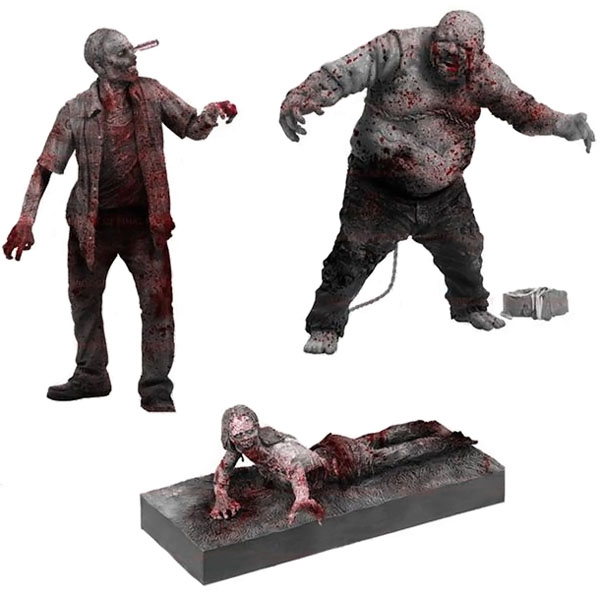 When you’re running from dead people trying to eat you, all the corpses start to look alike, but the Walking Dead Zombie Figures brings us three undead faces that are very familiar.

The combo pack, rendered in graphic black-and-white with red splatters of blood, gives us the RV-invading zombie that attacked Andrea at the beginning of Season 2 of the Walking Dead, and ended up with a screwdriver in his eye; the grossly water-logged well zombie that had to be dragged out of the well on Hershel’s farm (also in Season 2); and all the way from Season 1, the iconic bicycle girl that spawned her own Walking Dead webisode series.

Get ready to enjoy a little zombie-style family time with the Walking Dead Comic Series 2 Black and White Bloody Governor and Penny Previews Exclusive Action Figure 2-Pack, but be careful around the Governor’s niece. She’s apparently teething because she likes to chew on things. […]

The Governor really knew a thing or two about stylish decor because his little private room had a very eye-catching centerpiece. The Walking Dead Zombie Heads T-Shirt lets you display the same style skills without needing a private room, as well as not having to […]