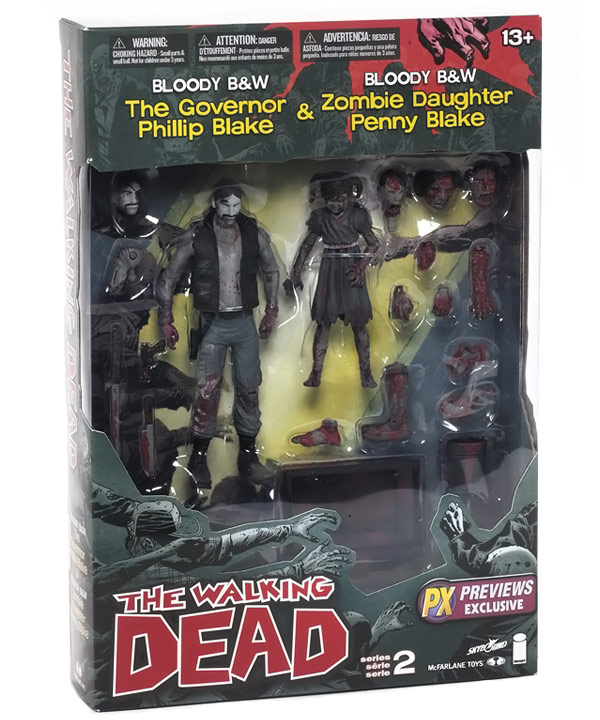 Get ready to enjoy a little zombie-style family time with the Walking Dead Comic Series 2 Black and White Bloody Governor and Penny Previews Exclusive Action Figure 2-Pack, but be careful around the Governor’s niece. She’s apparently teething because she likes to chew on things.

And by ‘things,’ I mean people.

The Governor won’t exactly win any popularity contests but he has a soft spot for his niece, Penny. Too bad she’s a Walker that would tear into him as if he were a happy meal if she had half a chance. 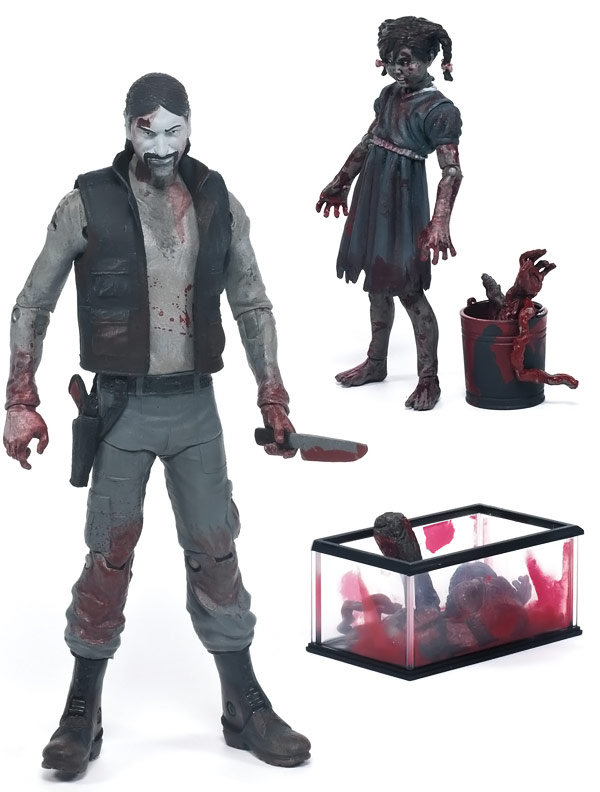 You can spend some time with this interesting family by getting the Walking Dead Comic Series 2 Black and White Bloody Governor and Penny Previews Exclusive Action Figure 2-Pack for $32.99 at Entertainment Earth. Also at Amazon.com for $25.

Walking Dead The Rise of the Governor

Are you in the mood to do some reading about Zombies? If so, then Walking Dead The Rise of the Governor is the perfect book for you. It tells the story of the Governor, who has a unique sense of justice. Justice in his book […]

Decorate your kitchen the way the Governor decorates his place…with his victims. The Walking Dead The Governor’s Victim Cookie Jar will keep your rations safe from walkers and other survivors. This cookie jar features a chilling design based on The Governor’s fish tanks in the […]

The Walking Dead Series 3 Rick Grimes and Andrea Action Figure 2-Pack offer a great way to create your own zombie apocalypse stories while sitting around waiting for the real deal. You might have seen the comic book versions of the Governor and Penny as […]

Celebrate heroes and villains while creating new adventures with the Walking Dead TV Series 6 Action Figure Set, or just pose them in interesting positions and place them with the rest of your TWD collectibles. Fan-favorite characters from The Walking Dead are now available as […]