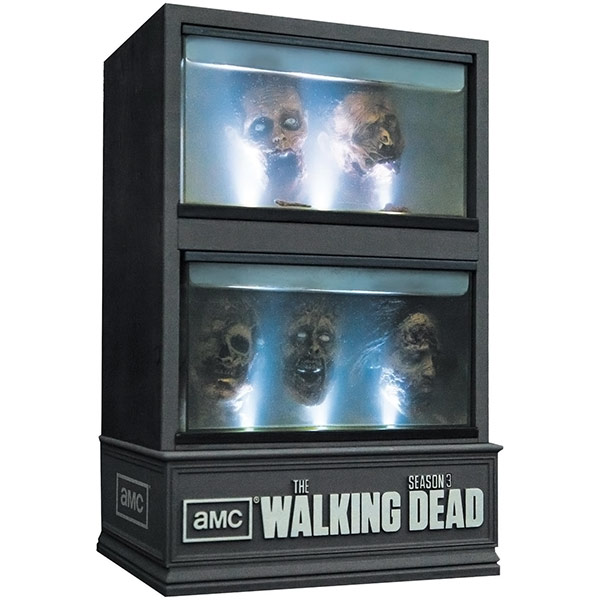 With season 3 wrapped up, fans of AMC’s hit show, The Walking Dead, can now get ready for all the Blu-ray extras. Besides the limited edition packaging, The Walking Dead: Complete Third Season Limited Edition Blu-ray is sure to be packed with added features and a behind-the-scenes look at everyone’s favorite zombie show.

For those of you who haven’t seen season 3, we won’t give anything away, but it’s fair to say that the show just keeps getting better…and so do the collectibles. The Walking Dead Limited Edition Michonne Sword and The Walking Dead Zombie Metal Bottle Opener are two of our favorites 🙂

The Walking Dead: Complete Third Season Limited Edition Blu-ray
In this uncertain world, Rick Grimes (Andrew Lincoln) and his band of survivors must not only fight the dead, but also face a whole new fear: the living. In this 16 episode season, the series Entertainment Weekly called the “greatest thriller ever produced for television”, Rick and his fellow survivors continue to seek refuge in a desolate and post-apocalyptic world and soon discover that there are greater forces to fear than just the walking dead. The struggle to survive has never been so perilous. This season also introduces new characters, including the Governor (David Morrissey) and fan-favorite Michonne (Danai Gurira), along with her zombie pets.

You can pre-order The Walking Dead: Complete Third Season Limited Edition Blu-ray on sale (30% off) for $104.99. Hurry, because these probably won’t last.