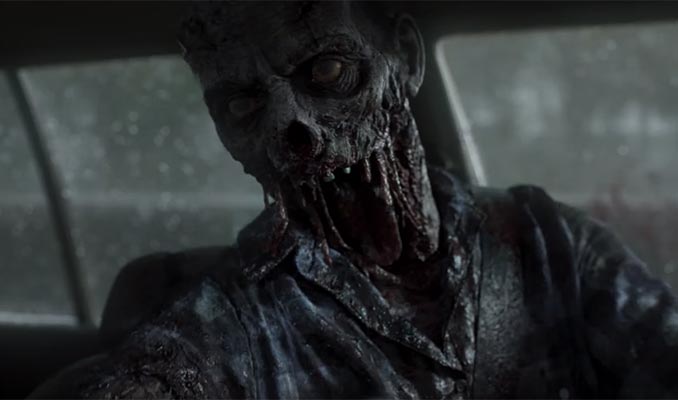 About a month ago we showed you the Maya Trailer, the last cinematic character trailer for this game. Now comes Overkill’s The Walking Dead – Grant Trailer, an intense vignette where we see Grant reminisce about his granddaughter, while a zombie sits next to him and others surround the car. The Walking Dead video game will be coming to on PC, PlayStation 4, and Xbox One in Fall 2018 and is by Overkill Software, creators of the popular Payday family of first-person shooters.

Each character has their own Special Abilities, Skill Trees, Squad Roles, Play Styles and Story Arcs, but teamwork is paramount. The action is close-up and intense: take out enemies carefully with a silent melee attack or go in guns blazing with your choice of each class weapons. You need to be able to improvise as nothing is certain and a horde of walkers is always right around the corner.