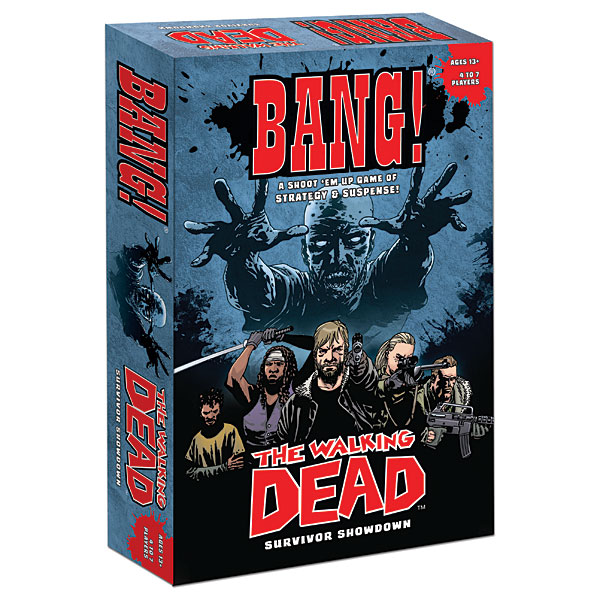 The Walking Dead BANG! Game is a new version of the classic BANG game that is filled with zombies. Your favorite Walking Dead factions will face off in a battle to survive.

Zombie fans will have some serious undead fun with this game. Each player is a famous Walking Dead character in the roles of Leader, Savior, Survivor, or Loner. 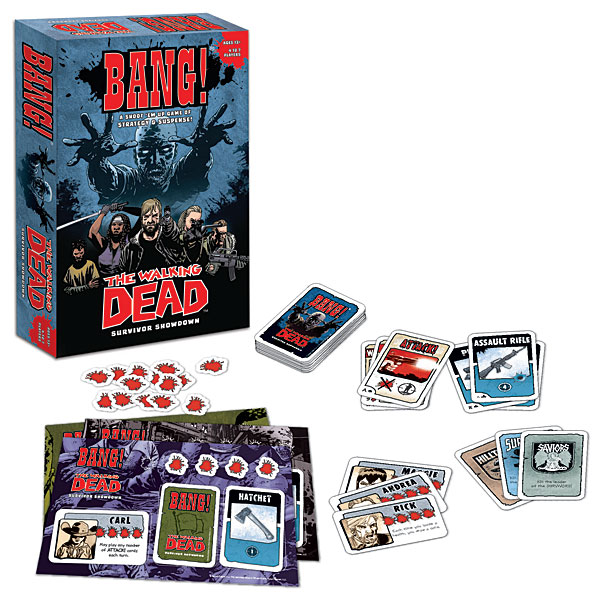 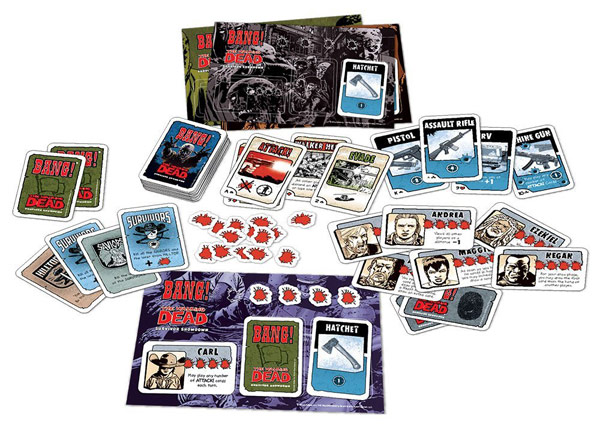 Geeks and camping usually don’t fit well together. You tend to get Nature all over you and your hi-tech toys stop being fun when the batteries die. The Bang Bang Solar Powered Tent will make sure your geek goodies keep providing the entertainment, although you’ll […]

Bang!: Heroes of the Storm Game

Bang!: Heroes of the Storm is a shoot ’em up game of strategy and suspense. It is the card game Bang! mixed with popular Blizzard games. At last, the World of Warcraft, Diablo, and StarCraft characters can all fight! Who will win? That’s up to […]