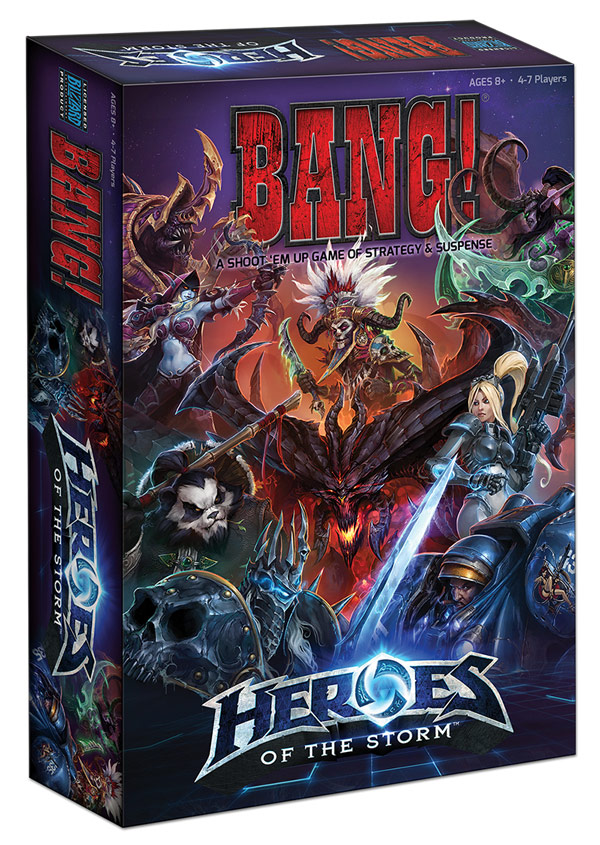 Bang!: Heroes of the Storm is a shoot ’em up game of strategy and suspense. It is the card game Bang! mixed with popular Blizzard games.

At last, the World of Warcraft, Diablo, and StarCraft characters can all fight! Who will win? That’s up to you. This game is for 4-7 players. Now fight! 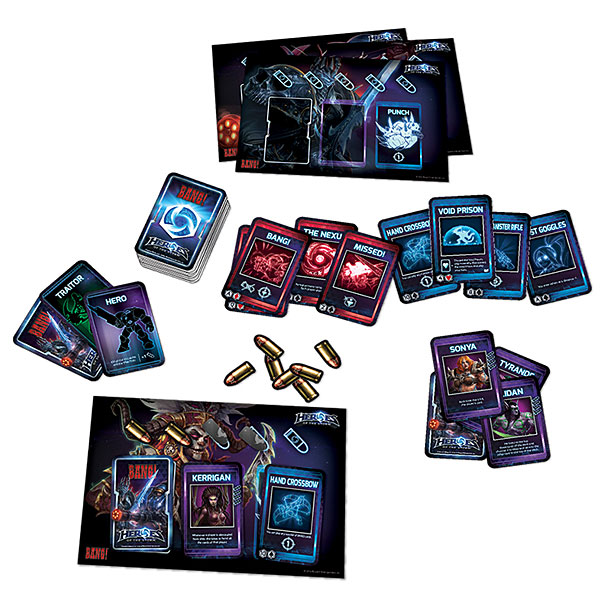 This Diablo III – Diablo Action Figure is going to scare all of your other figures to death. At 9 inches tall, it will dominate. The Prime Evil himself is an imposing figure, with a poseable tail that’s over 12″ long! This figure is hand-painted […]

When you level up, you want to celebrate. Use this Blizzard World of Warcraft Leveling Up Ding Button. In fact, you can use this button to ding whenever you want. Ding. My favorite show is on. Ding. My packaged arrived. Ding. I beat my high […]

Diablo III’s treasure goblins are worth chasing after to get that sweet loot. You won’t have to chase this Blizzard Diablo Goblin Bank with Sound though. It will sit on your desk or shelf and collect your loot for once. He even laughs as he […]

Geeks and camping usually don’t fit well together. You tend to get Nature all over you and your hi-tech toys stop being fun when the batteries die. The Bang Bang Solar Powered Tent will make sure your geek goodies keep providing the entertainment, although you’ll […]