If you are a World of Warcraft player, chances are that you’ve logs more hours in the game than you care to count. Why not take a break from that world and play the World of Warcraft Collector’s Edition Monopoly Board Game?

That’s right, this special edition of Monopoly is World of Warcraft themed for hardcore WoW gamers to collect and play. It’s the classic board game that you know and love, but with all of the myth, magic, and legendary adventure of WoW. 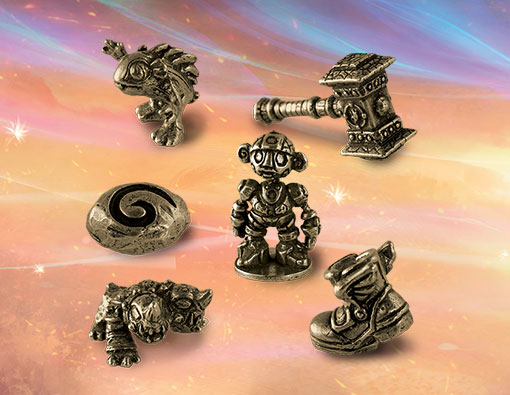 Descend into a world of myth, magic and legendary adventure with the World of Warcraft Collector’s Edition of MONOPOLY! Now is your chance to dominate the epic lands of Azeroth and beyond with cunning economic strategies. Buy the ominous Twilight Highlands and feel the presence of the Old Gods in the air. Trade for Scourge-infested Icecrown to gain complete control of the coveted Northrend zones. And for the ultimate power play, seize the faction capitals: Orgrimmar and Stormwind. When you own it all and reign supreme over your opponents, victory will be yours! 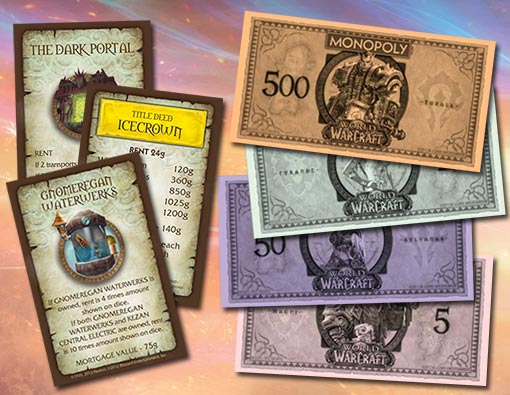 You get all the components of Monopoly, but with a WoW theme. Just look at those cool playing pieces. The art and design look great. This one is $39.99 from Entertainment Earth and $35.99 at Amazon.com.

If you are a fan of Blizzard Entertainment’s World of Warcraft, and who isn’t even Mr. T loves it with his Night Elf Mohawk, then you are going to enjoy drinking your favorite beverages from the Warcraft Mugs.  These sculpted mugs each representing a city […]