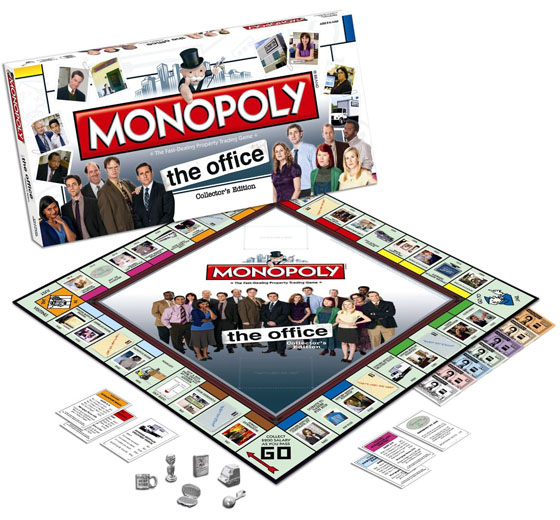 We love board games at GeekAlerts, especially the classic game of Monopoly; so anytime they merge it with something cool, we have to show it to you.  Do you remember these cool editions: Monopoly Nintendo,  Monopoly Star Trek, Monopoly Nightmare Before Christmas, Monopoly Doctor Who 11th Doctor, Monopoly AC/DC and now possibly my favorite, The Office Monopoly.  Choose from one of the six memorable tokens like the world’s best boss mug, or Michael Scott’s George Foreman Grill (aka foot fryer) and enjoy all the deal making and trades while building your corporate empire. 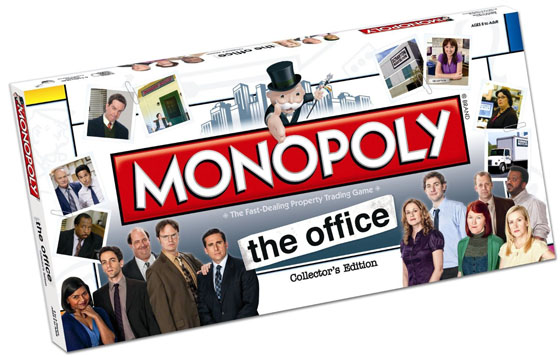 The Office Monopoly game is the first and only game that combines the classic risk taking, deal making Monopoly game play with the popular television show allowing fans of this comedy to vie for control of their favorite Office locations.

You can purchase The Office Monopoly at nbcuniversalstore.com for $24.97 and at Amazon.com from $19.