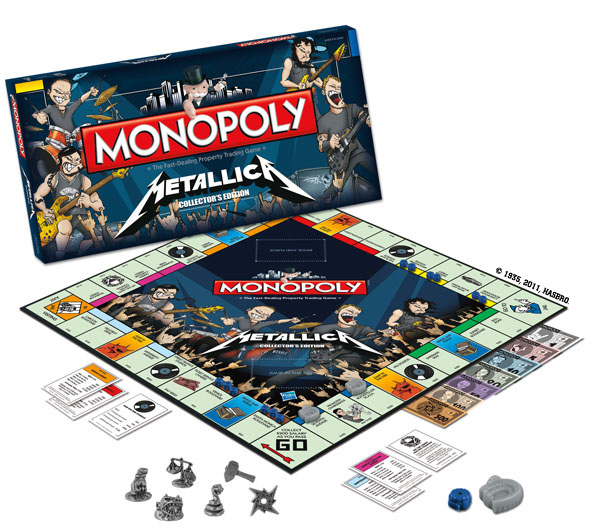 Who would have thought that we’d ever see the day when there was some sort of product out there stamped with Metallica and Monopoly on one box? Play the classic, entrepreneurial game with a twist with the Metallica Collector’s Edition Monopoly board game.

The game gets revamped in Metallica Collector’s Edition Monopoly, with 22 different and customized street names and locations that have been added with a Metallica edge. You also get to unbox 6 collectible game tokens as well as custom-shaped houses and hotels to use as your play. What they did with this Monopoly version is kind of the opposite to Cluedo Nostalgia, which took a few steps backward to focus on just the game elements for some serious gameplay. 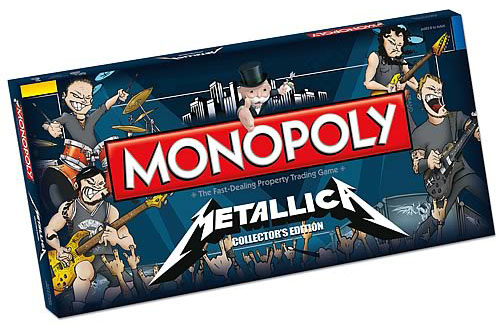 Metallica Collector’s Edition Monopoly is the first and only game that combines risk-taking, deal-making Monopoly gameplay with one of the most legendary heavy-metal bands of all time, allowing fans to vie for control of the most significant street names and locations to the band and their history. The custom gameboard features 22 street names and locations, 6 collectible tokens (Kill ‘Em All Hammer, Justice For All Scales, St. Anger Fist, Black Album Snake, Jump in the Fire Demon, and Metallica Ninja Star), custom-shaped houses (arenas) and hotels (stadiums), and more!

The Metallica Collector’s Edition Monopoly is available from Entertainment Earth for $33.99.