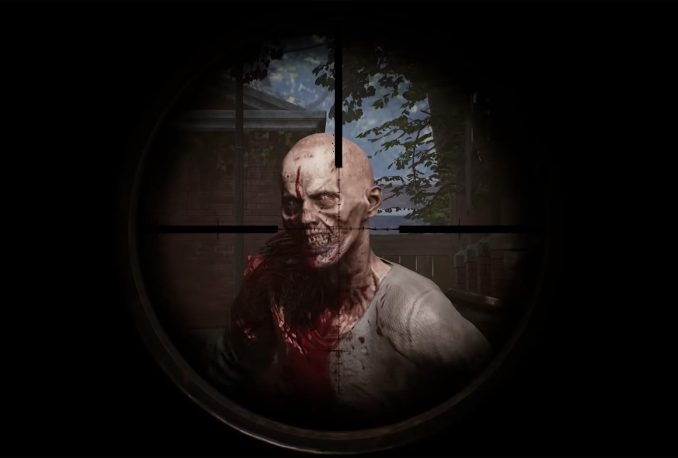 In the middle of summer we saw the Gameplay Teaser Trailer, but now that the game launched today, we get to see Overkill’s The Walking Dead – Gameplay Launch Trailer. While the Cinematic Launch Trailer was fun to watch, how the game actually plays is probably a much more important factor on whether you’ll plunk down $59.99 to buy this game on Steam.

There are four playable characters in Overkill’s The Walking Dead, and each is a unique class with their own set of weapons. Heather is a scout, who carries a compound crossbow, a suppressed sidearm, and smoke grenades. Grant is the hunter, a tanky sharpshooter that carries a scoped and suppressed hunting rifle, who can call out targets for his team for extra damage. He can also throw Molotov cocktails to blanket enemies in flames. Maya functions as the teams support class and can deploy med bags to heal teammates. Aidan is the tank, and you’ll want to play him to be able to bash enemies with his modified baseball bat. He also has a suppressed shotgun that deals massive damage at close range, as well flashbang grenades. As you advance you’ll want to customize your loadout, choosing from over 50 weapons.

Learn more about the weapons in the Weapons of the Walking Dead video from OVERKILL Software:

There’s no doubt that weapons are important in the Walking Dead universe. Let us introduce you to the weapons you’ll find in Overkill’s The Walking Dead – and some tips on how to best use them.

Coinciding with the launch of the game today (for PC, console availability is still a few months away), there is a new Overkill’s The Walking Dead – Cinematic Launch Trailer to watch. It’s an intense vignette, with plenty of visceral action including up close blood […]