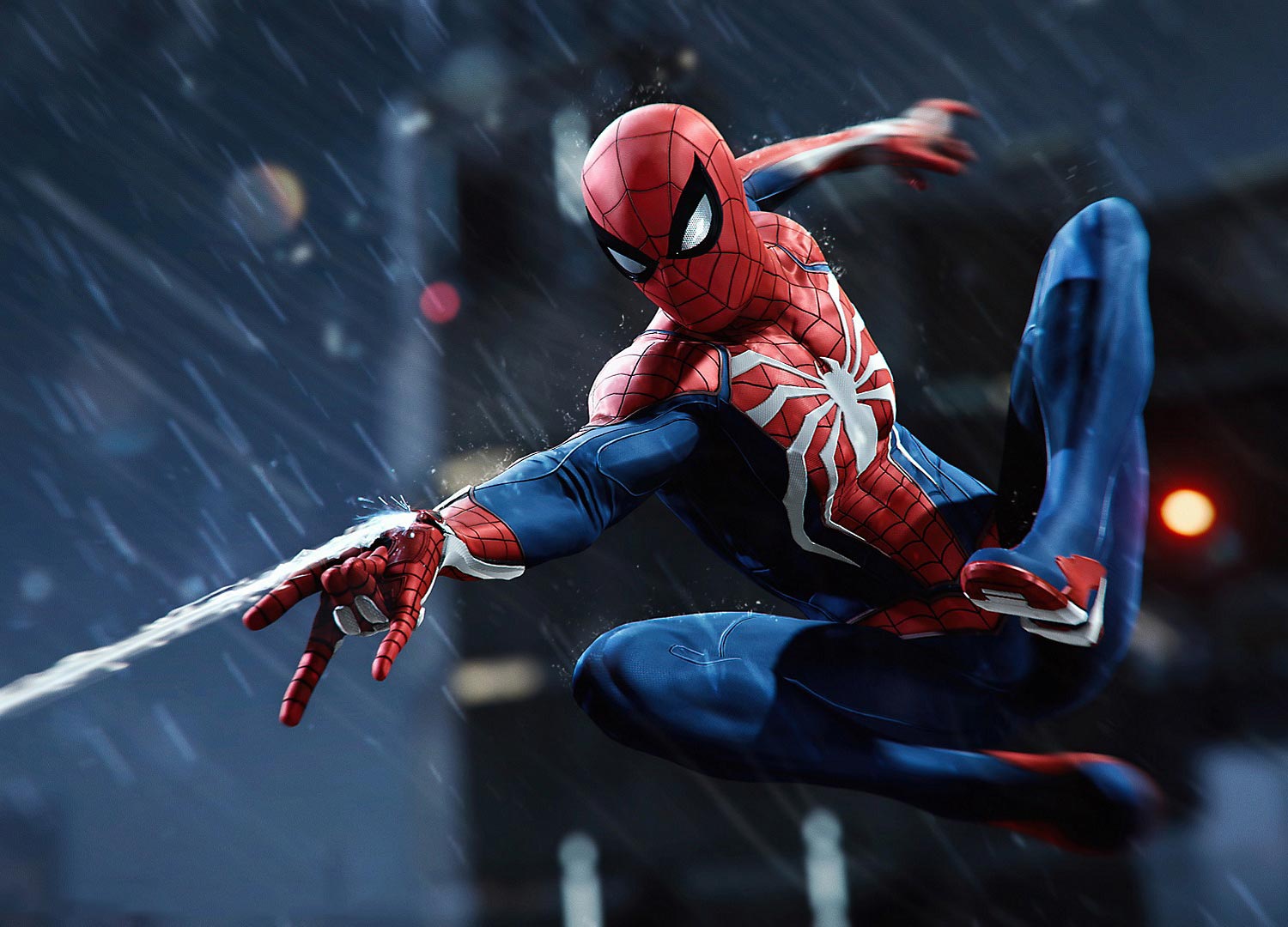 While the Marvel’s Spider-Man – Gameplay Launch Trailer is amazing, it doesn’t seem to actually show much gameplay. However, given that this video game is being developed by Insomniac Games (known for the critically-acclaimed Ratchet & Clank, expectations are that is will be fun to play.

Marvel’s Spider-Man is an open world action-adventure game set in modern-day New York City. You play as Peter Parker / Spider-Man in a third-person perspective where you can use Spider-Man’s abilities to crawl up walls, sling webs, use spider sense and reflexes, engage in aerial combat, and perform parkour moves. You can even live out awesome scenarios such as pushing an attacking enemy off a skyscraper and then saving them during their fall by webbing them to the side of a building.

Swing through the streets of New York in Marvel’s Spider-Man for PlayStation 4. Peter Parker’s world is about to get a whole lot messier as he and his alter ego’s life collide. Stop the destruction, enjoy impressive graphics and a detailed narrative, and unravel a web of deceit. This digital download version of Marvel’s Spider-Man includes a pre-order bonus consisting of extra skins, a Spider-Drone gadget and even a custom theme.

When you pre-order the game you get free bonuses like the Iron Spider Suit. The complete list of Spider-Man pre-order bonuses is:

Marvel’s Spider-Man is scheduled for release on September 7, 2018, and will be available exclusively for the Sony PlayStation 4. You can pre-order it now at Best Buy and get it by release.

You get to choose between 4 different versions for the Marvel Spider-Man PlayStation 4 game: Standard Edition, Digital, Digital Deluxe Edition, and Collector’s Edition.

Spider-Man Standard Edition is listed for $59.99 and includes the game (physical disc) and the pre-order bonuses listed above. Digital is the same, but just comes with digital download codes and no physical disc). Spider-Man Digital Deluxe Edition is $79.99 and has the game, pre-order bonuses, and Marvel’s Spider-Man: The City that Never Sleeps (3 post-launch story chapters). Spider-ManCollector’s Edition is $149.99 and includes the game, custom steelbook packaging, pre-order bonuses, mini art book, White Spider sticker, statue by Gentle Giant, and The City that Never Sleeps (3 post-launch story chapters).

Today Ubisoft released a Far Cry 5: Launch Gameplay Trailer in support of this game that officially launches tomorrow, March 27, 2018. In Far Cry 5 you are in Hope County, Montana, stranded in hostile territory, and you have to lead a resistance against a […]