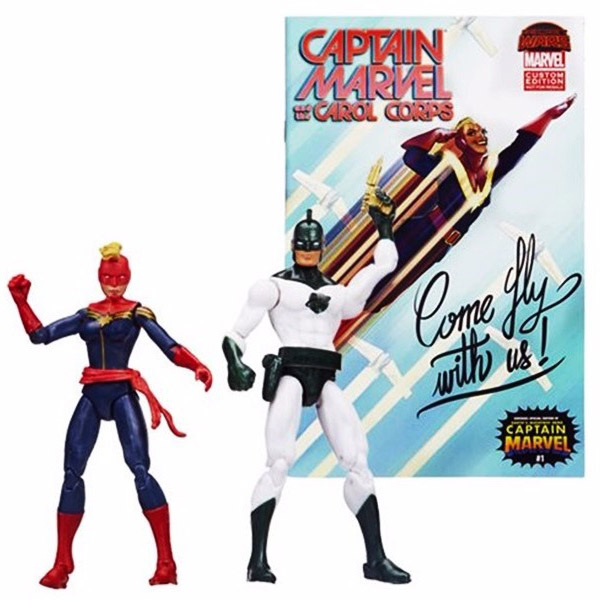 This action figure 2-pack packs all the Marvel action you could possibly want, with Captain Mar-Vell, the original Captain Marvel, joining forces with Carol Danvers, the most recent Captain Marvel.

The Marvel Legends 3 3/4-Inch Comic Packs Cosmic Marvels Action Figures will be available later this month but they can be pre-ordered now for $21.99 at Entertainment Earth.

The Guardians of the Galaxy Vol. 2 Marvel Legends Star-Lord and Ego Action Figures 2-Pack give you two great figures in one great pack. Ego and Star-Lord share many of the same qualities as father and son. But when it comes to defending the galaxy, […]

Just in time for holiday shopping, 30 Watt releases their New Line of Prank Packs. These three box are great for that child or friend you never wanted and offer some serious entertainment if given to your grandma. Watch her spend 20 minutes just examining […]