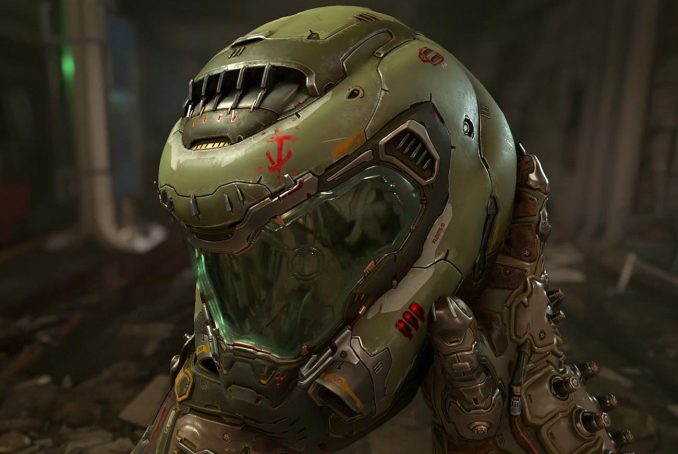 While the DOOM Eternal Teaser Trailer from E3 was cool, it lacked detailed information and gameplay action. It’s all made up for in the DOOM Eternal – Official Gameplay Reveal from QuakeCon. This video is packed with information on the game and features over 15 minutes of gameplay.

In the video, they reveal the DOOM Slayer’s redesigned armor, new equipment, and weapons in detail. The game features twice as many demons including new ones as well as redesigned fan favorites from classic DOOM games such as Arachnotron, Pain Elemental, and Archvile. Killing the bad guys will be more fun than ever because of “destructible demons” technology that shows the effects as you rip and tear the demons apart.

Watch the exclusive reveal of DOOM Eternal, featuring over 15 minutes of gameplay.

The DOOM Slayer returns in DOOM Eternal, the much-anticipated sequel to DOOM, coming to PC, PlayStation 4, Xbox One, and Nintendo Switch!

With a redesigned set of armor, and an arsenal of new equipment, your fight against the onslaught of Hell continues. Take on twice as many demons in DOOM Eternal, including fan favorites from classic DOOM titles like the Archvile, Pain Elemental, and the Arachnotron.

In our reveal gameplay presentation, we show off Hell on Earth and Phobos, two of many vastly diverse worlds that you’ll visit in DOOM Eternal. Watch as the DOOM Slayer uses his signature weapons and powerful new tools, including the Super Shotgun’s new Meat Hook mod, the brutal new extendable blade, and his shoulder-mounted cannon with flamethrower for devastating blows toward his enemies.

Watch the DOOM Eternal – Official E3 Teaser Trailer for a taste of the upcoming sequel to the award-winning and best-selling DOOM (2016). Announced at the 2018 Bethesda E3 Showcase, DOOM Eternal promises the ultimate combination of speed and power and the next technological leap […]

You will be in your element with the Periodyx: An Elemental Game. The game includes 118 Element Cards with funny, cartoon art. All of the elements are here, from Hydrogen to Ununoctium. This game will help you to learn elemental facts through fast, varied gameplay. […]

Give your monitor some personality with this Doctor Who Yellow Eternal Dalek Monitor Mate Bobble Head. It will brighten up whatever area you display it in. The Daleks are one of the Doctor’s most dangerous enemies and now you can have one of your very […]

Earth’s strongest hero meets the Kryptonian juggernaut of destruction on the Superman Day of Doom Men’s T-Shirt. It was the moment that shocked even jaded comic books fans as Superman literally gave everything he had to take Doomsday down. Of course, comic books being what […]

If you like creepy survival horror video games, check out the S.O.N Official Gameplay Trailer. It’s really just a teaser, and more is expected to be released soon, but it sets the terrifying tone for this game. In S.O.N, you play as Robert Alderson, a […]