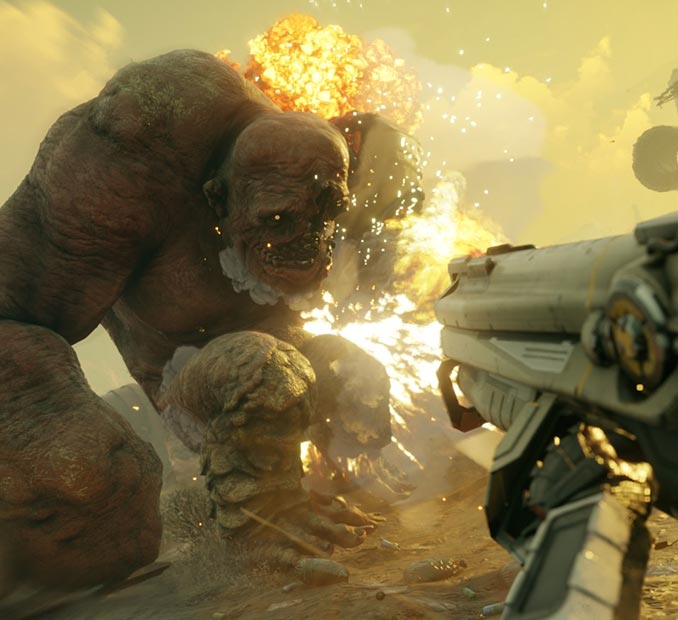 As promised with the announcement RAGE 2 Trailer yesterday, today Bethesda Softworks released the RAGE 2 Official Gameplay Trailer. This fast action shooter features insane action, ferocious bosses, impressive weapons, huge explosions, cool vehicles, and so much more. It looks like the frenzied action and post-apocalyptic wasteland setting will result in an exciting game when it is released for PC, PlayStation 4, and Xbox One.

Introducing RAGE 2, a new first-person shooterverse! Get a first look of the upcoming game in our first official gameplay trailer.

In RAGE 2, you’ll dive headfirst into a dystopian world devoid of society, law, and order. You can go anywhere, shoot anything, and explode everything. The game brings together two studio powerhouses – Avalanche Studios, masters of open world mayhem and id Software, gods of the first-person shooter – to deliver a carnival of carnage. 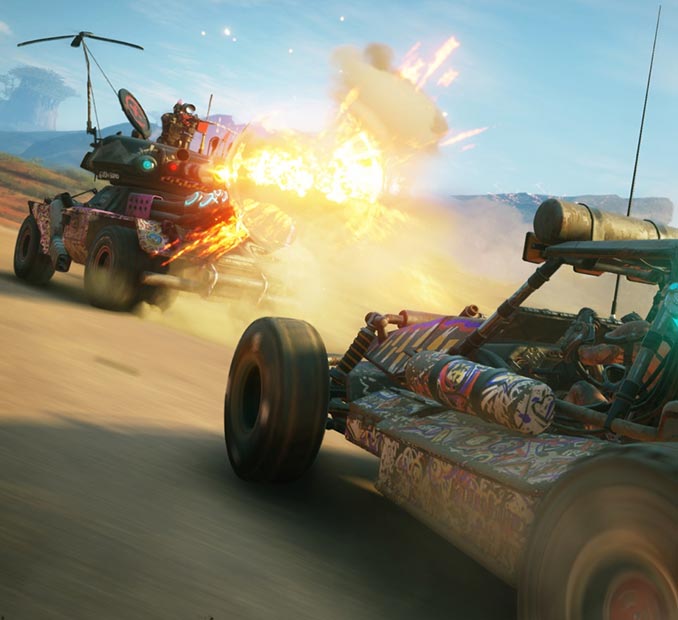 In the year 2185, humanity’s numbers are dwindling. Ruthless and bloodthirsty gangs roam the open roads and the tyrannical Authority seek to rule who remains with an iron fist. You are Walker, the last Ranger of the wasteland. Robbed of your home and left for dead, you’ll tear across an unforgiving wasteland battling bloodthirsty gangs to find the tools and tech needed to take the fight to The Authority and crush their oppressive rule once and for all!

Today, Marvel Entertainment released a new Marvel Strike Force Official Gameplay Trailer. This mobile game, which is currently available for iOS and Android phones and tablets, was developed by Marvel Games and FoxNext Games. It is free to play, and features awesome Marvel characters, Super […]

Fans of the Alien films will probably like these Alien Rage Shoes, but the awesome art can’t disguise one tiny flaw with the actual shoes. I love this vibrant close-up image of an attacking Xenomorph, and if you don’t have any other shoes like this, […]

Today, Caged Element released a new GRIP Combat Racing Gameplay Trailer, highlighting the ferocious speed and intense action in this hardcore combat racer. Inspired by the Rollcage games from 1999 and 2000, GRIP features intense driving on floors, walls, and ceilings with cars that can […]