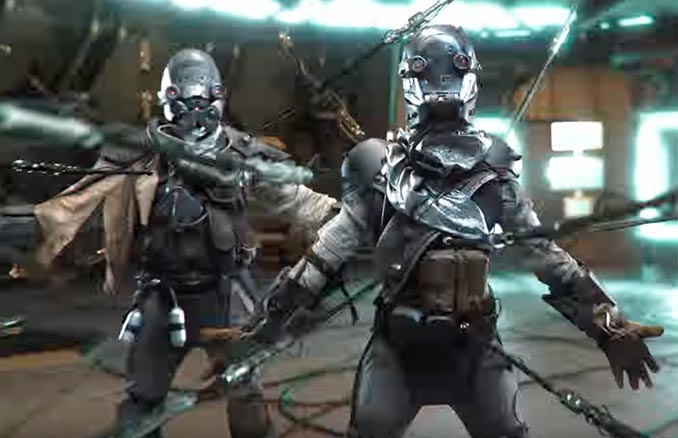 Id Software developed the original Rage, and it was the final game supervised by founder and lead programmer John Carmack. Rage 2 is being developed by Avalanche Studios, the team behind the 2015 Mad Max video game and 2014’s Just Cause 3.

This trailer makes Rage 2 look very much like a Mad Max world. Perhaps that can be said about most post-apocalyptic games, but this seems like it will look much more like Mad Max than the original Rage did. Maybe that’s natural given this development team’s history on developing the Mad Max game. Let’s just hope that Rage 2 matches the fluid gameplay, incredible animation, and stunning graphics detail of the original.

Dive headfirst into a dystopian world devoid of society, law, and order. RAGE 2 brings together a true open world FPS experience where you can go anywhere, shoot anything, and explode everything.

Man’s best friend helps you survive the Wasteland on the Fallout Post-Apocalyptic Pal T-Shirt. With feral ghouls, super mutants, and just generally rotten people wandering around the ruined wasteland of the future, it’s nice to have a friend you can count on, and nobody had […]

Fans of the Alien films will probably like these Alien Rage Shoes, but the awesome art can’t disguise one tiny flaw with the actual shoes. I love this vibrant close-up image of an attacking Xenomorph, and if you don’t have any other shoes like this, […]