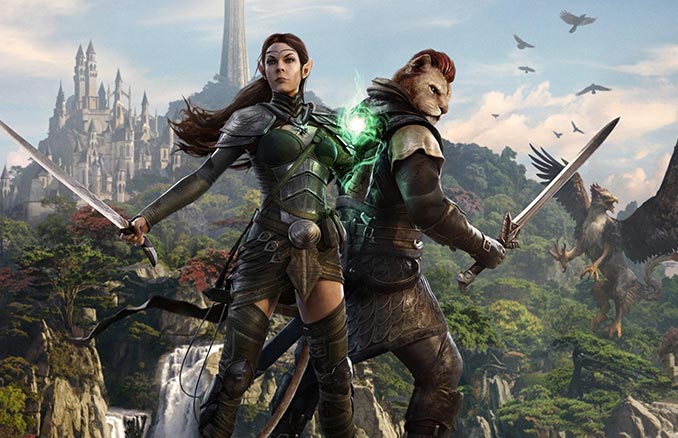 Bethesda Softworks has two new The Elder Scrolls Online: Summerset Trailers. One is the Cinematic Teaser and the other is a Gameplay Announce Trailer. Both look great, and will get you excited for the new content, even if you’re still busy with Dragon Bones.

The Elder Scrolls Online: Summerset will be available on PC/Mac early access on May 21, 2018 and will arrive for Xbox One and Playstation 4 on June 5. However, if you pre-purchase now you “immediately receive the Nightmare Senche Mount and a bonus copy of the Morrowind Chapter, plus get the Queen’s Bounty Pack and its unique digital rewards, including the Court of Bedlam costume, Pocket Salamander pet, and more, once Summerset launches.”

Announcing The Elder Scrolls Online: Summerset, the next Chapter in The Elder Scrolls Online saga. Explore the ancestral home of the High Elves, an all-new zone packed with adventure. Join the mysterious Psijic Order and gain powerful new abilities. Reunite with old friends, forge new alliances, and work together to unravel a conspiracy that threatens Tamriel’s very existence.

For the first time in history, the long-closed borders of Summerset are open to foreigners by decree of Queen Ayrenn. But darkness looms over the ancestral home of the High Elves, and whispers stir of Daedric followers organizing in the shadows. Rally your allies, brave champions. Summerset awaits.

ElderScrollsOnline.com also has information on Summerset so you can explore some of the key locations like Alinor, Shimmerene, Cloudrest, Rellenthil, Lillandril, Isle of Artaeum, and Crystal Tower. They have information on important characters including Queen Ayrenn, Proxy Queen Alwinarwe, Razum-dar, Alchemy of the House of Reveries, and Valsirenn of the Psijic Order. You can learn more about joining the Psijic Order, and discover the new challenges and rewards that await in Summerset. 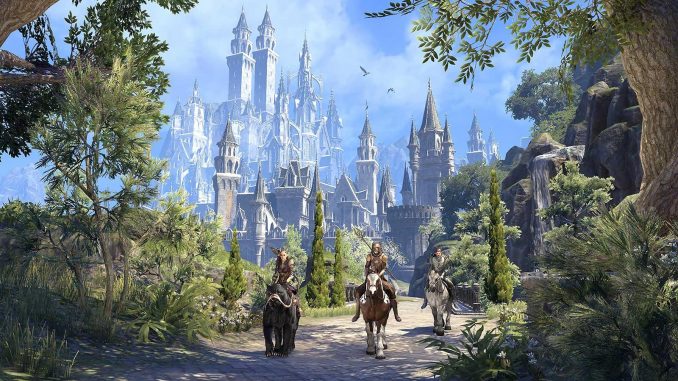 Alinor – Summerset’s Capital and seat of power for Proxy Queen Alwinarwe. Visitors and locals alike will be mesmerized by Alinor’s shining towers as they tour the city’s many landmarks, including the Golden Gryphon Inn, the Oleanderr Coast Winery, and the bustling Riverside Market. 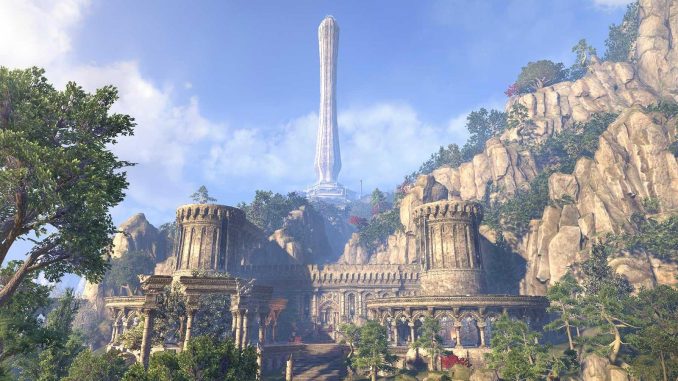 Crystal Tower – Also known to the High Elves as Crystal-Like-Law, this sacred monument opens only to the Sapiarchs’ tower sentinels and is both a place of research and a mausoleum for the honored dead. At its apex, it holds a powerful crystal called Transparent Law, though its purpose is a mystery to all but the highest-ranking Sapiarchs. 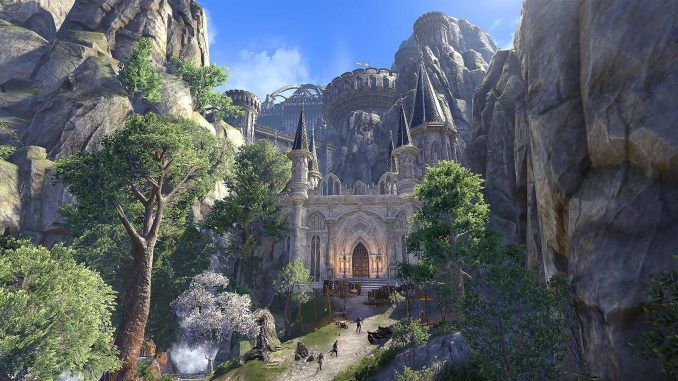 Cloudrest – Boldly built atop the peak of Eton Nir, Cloudrest is the home of the Welkynar Gryphon Knights and their Aerie. But be warned: due to an unforeseen catastrophe, the Divine Prosecution has been forced to evacuate the city and barricade the main gate. If you wish to enter you may need to find an alternative path. 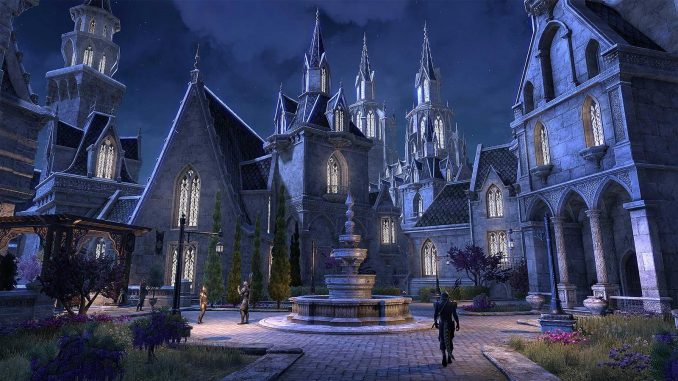 Shimmerene – When you arrive in Summerset, you’ll find yourself in the city of Shimmerene, also known as the City of Lights. But the town is in turmoil, and before you begin your adventures or make yourself at home, it would be wise to familiarize yourself with the Queen’s decree regarding visitors. 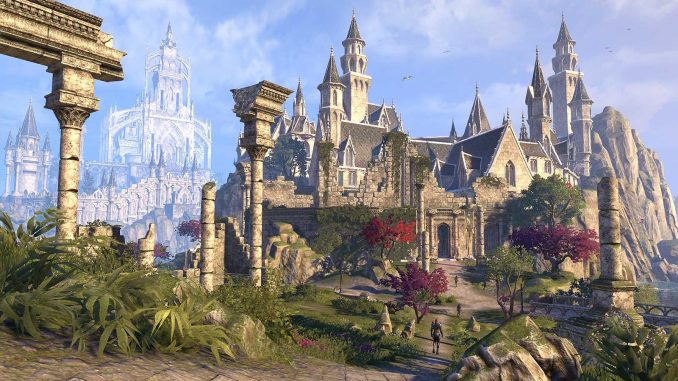 Lillandril – Found on the northwestern coast of Summerset, the city of Lillandril houses both the College of Sapiarchs and the local chapter of the Mages Guild, two groups known for their growing rivalry. Razum-dar recommends you steer clear of them and instead put your feet up at the local watering-hole, the Shrewd Brew Tavern. 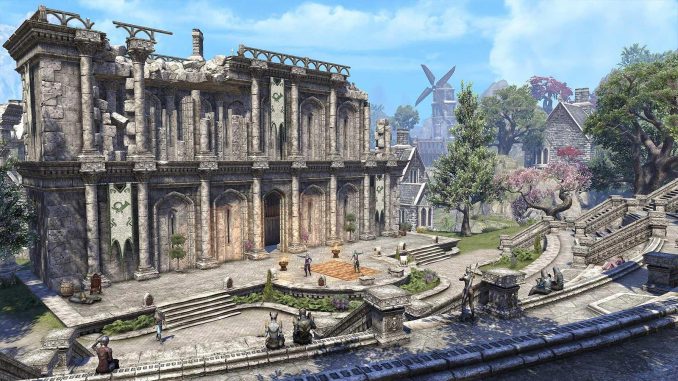 Rellenthil – If you’re looking for entertainment and excitement, the township of Rellenthil can be found in the heart of Summerset. There, you can enjoy artistic performances by the renowned House of Reveries or relax at the local Bathhouse. 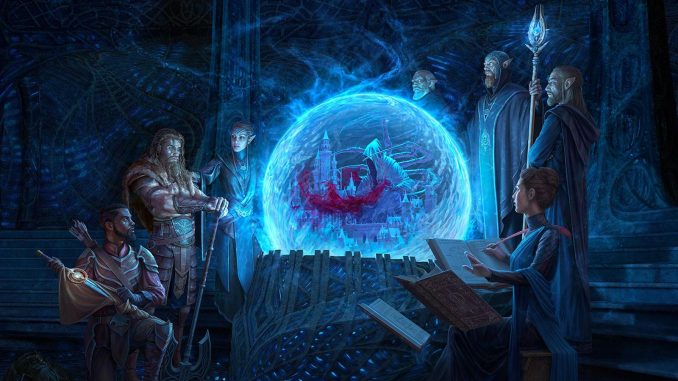 Isle of Artaeum – 350 years ago, this island headquarters of the Psijic Order vanished from Tamriel. For the first time in The Elder Scrolls series, you’ll be able to travel to the Isle of Artaeum, visit Ritemaster Iachesis and Ceporah Tower, and begin to unravel the secrets of both the Psijic Order and the history of the Mages Guild.

The Elder Scrolls V: Skyrim Tin Tote celebrates the hit video game and lets you pack a lunch in style. It has some of the most iconic characters, artwork, and imagery from the land of Skyrim right on the outside. It also features anti-rust coating […]