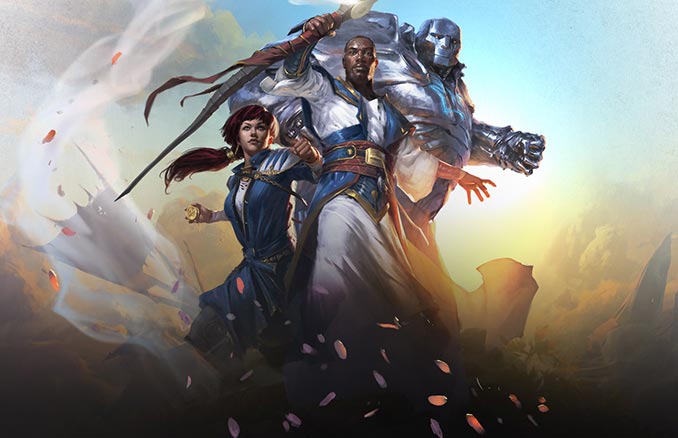 Today Wizards of the Coast released a Magic: The Gathering Dominaria Trailer to promote the latest addition to the world’s premier trading card game. Dominaria will be released in stores on April 27, but you have the opportunity to pre-order a full display booster box of Dominaria now and pick it up during pre-release weekend (April 21-22).

Home to a rich variety of terrain—cold mountains, wide plains, jungles, deserts, islands—Dominaria boasts countless historic locations, from the volcanic continent of Shiv to the time-shattered isle of Tolaria to the wretched island of Urborg.

If you Pre-order Dominaria and pick it up pre-release, you get an exclusive card for free. Supplies are limited, and this promotion is only available at participating stores that are members of the Wizards Play Network.

Magic The Gathering Arena of the Planeswalkers Game

Magic The Gathering Arena of the Planeswalkers Zendikar Expansion