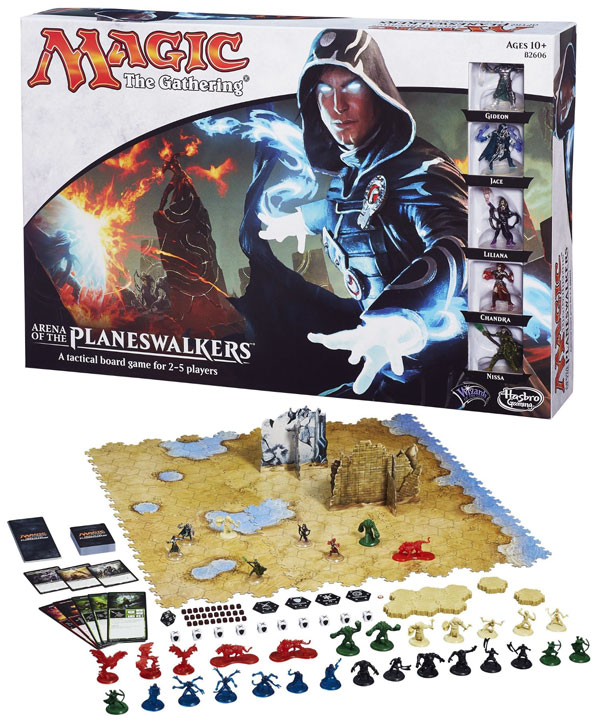 Magic The Gathering goes from card game to board game in the Magic The Gathering Arena of the Planeswalkers Game. This tactical board game brings you five figures from the magical realm. It is packed with heroic warriors, deadly mercenaries, killer creatures, and even fire-breathing goats. You can play as Gideon, Jace, Liliana, Chandra, or Nissa, summoning armies and casting spells to outmaneuver your opponents.

This game should be a lot of fun. The goal is to be the last Planeswalker standing. Will it be you? This standalone game doesn’t require a deck of cards to play. It comes with a modular board and terrain pieces, temple ruins, 5 painted mini figures, 30 squad figures, and everything you need. $34.99 from Entertainment Earthand $29.99 at Amazon.com. Pre-order it now for August.

Magic The Gathering Arena of the Planeswalkers Zendikar Expansion