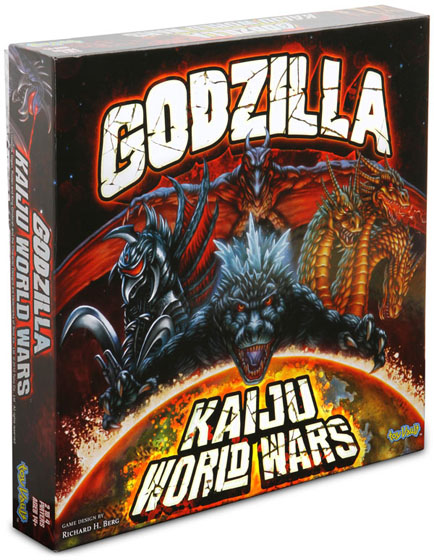 Godzilla has finally shown up again and the people of this unlucky city are in for a battle.  Godzilla Kaiju World Wars Board Game puts monster vs. monster in a city wide battle to destroy everything.  Choose Godzilla, Rodan, Gigan, or King Ghidorah to do battle with.  You can play up to all 4 players at once battling each other, destroying the city and fighting against the city’s people as they try to ward-off your destruction.  The 24″ x 24″ board game has  many different scenarios that you can play and with the city buildings actually made of tiles and stacked several layers high, you can destroy them layer by layer.  Enjoy hours of fun battling with your favorite Kaiju and see if Gozilla still has what it takes to defeat the other beasts. 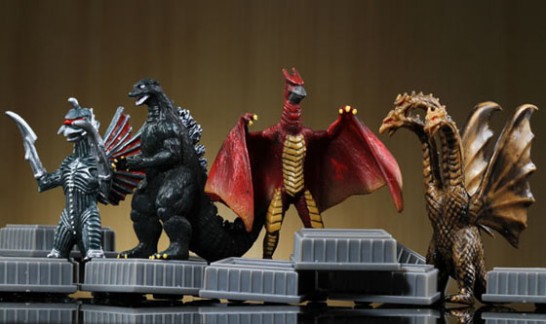 In the Godzilla Kaiju World Wars Board Game all sorts of other things can happen – radiation can leak out, fires can start, and tanks can move in. Yes, even as you battle it out with other monsters, the humans will fight back, too! Godzilla Kaiju World Wars Board Game brings all out monster war to your table top. But make sure you clear a lot of room, because this game is as epic as a battle between Kaiju should be! 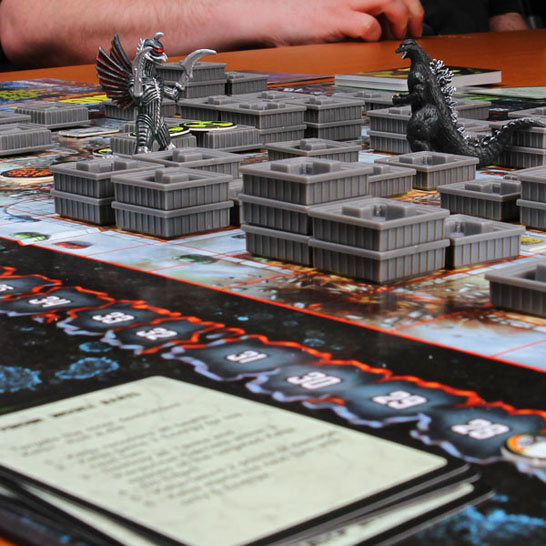 You can purchase the Godzilla Kaiju World Wars Board Game at ThinkGeek for $69.99 and at amazon from $51.44.  If board games are a favorite pastime for you and your friends, remember to checkout the Angry Birds Board Game and Doctor Who Monopoly.

The King of the Monsters gets some vibrant color added to his city-stomping activities with Godzilla showing why he’s still reptilian royalty in the King Kaiju Poster. Do not attempt to adjust your screen because the color isn’t off. This is just an artistic spin […]

Art meets Kaiju meets Ultraman with the Kaiju Fight in Kaganawa T-Shirt as Godzilla battles Earth’s defender while getting soaked by a very familiar wave. Most people, even if they have zero interest in art, have probably seen The Great Wave off Kanagawa, created by […]