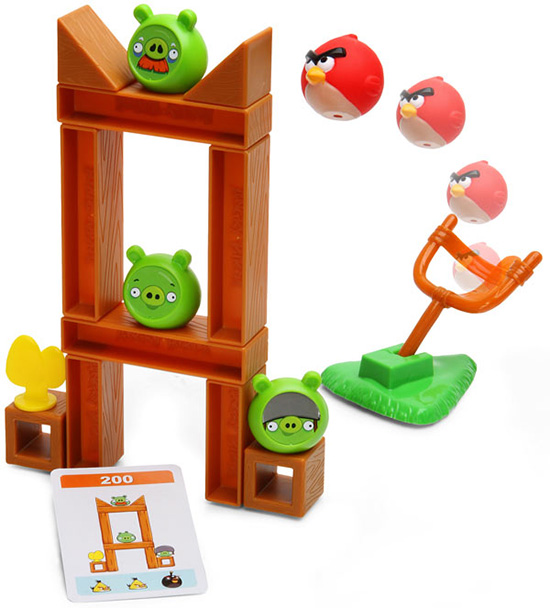 We’ve been waiting for the Angry Birds Board Game for a while now, and are thrilled to see it is finally available to buy! We’ve mentioned it months ago, such as in posts about a Playable Angry Birds Cake and the Angry Birds Flash Drives, but the wait is over at last! Basically this game allows you to take the incredible fun and destruction of the iPhone game and bring it into real life.

You get to play with a slingshot launcher and take aim with three different angry birds: the basic red bird, yellow bird, and black bomb bird. Of course there are also structure pieces allowing you to build the level, and there are also the enemies you need to take out—the green pigs. 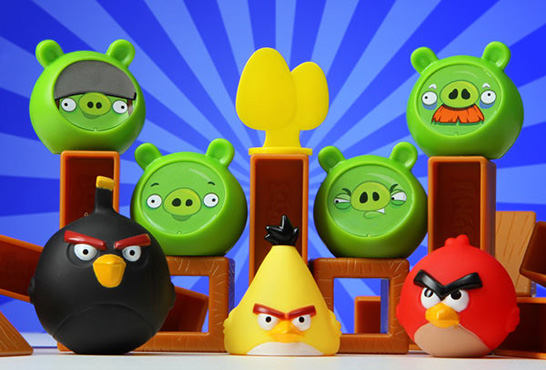 Build structures like a boss with the Angry Birds game Knock on Wood. It’s an exciting skill and action game based on the bestselling phone app and features three Angry Birds, green pigs, a slingshot-style launcher, structure pieces and mission cards. Players draw a card and build the structure shown before their opponents launch an Angry Bird in an attempt to knock it, and the pigs down to win points. 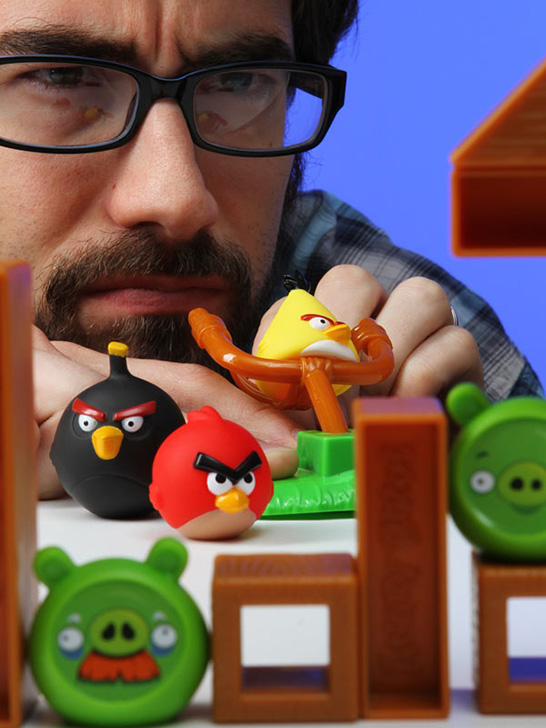 Order the Angry Birds Board Game for $23.99 at ThinkGeek.com.