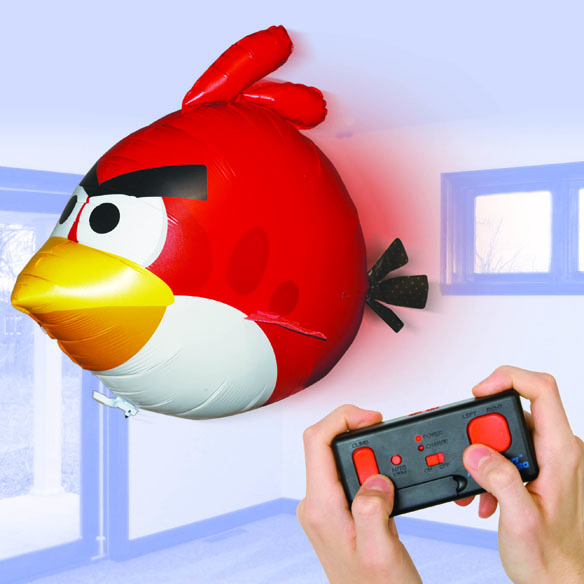 Bring this remote control Angry Bird floater to a birthday party and kill two pigs with one bird: 1) give it as a gift and 2) entertain the crowd. Angry Birds is currently such a popular birthday party theme. Why not use the Air Swimmer as interactive decoration? And then when the guests get restless you can make up lots of games to play using the remote control like ‘Stick the Feather on the Angry Bird’ or ‘Angry Bird Tag’.

In order to send the red bird flying, will have to initially locate a helium tank. Those portable helium tanks for balloons will do the trick but if you don’t want to go that route, go hit up your local party store. After that, you will get weeks of enjoyment out of your flying friend.

Fish, sharks and blimps, today is our lucky day! We all love sharks, when we’re not in the water with them, and blimps are one of the coolest indoor party toys around.  So when Air Swimmers combined them to give us the Air Swimmers Shark […]