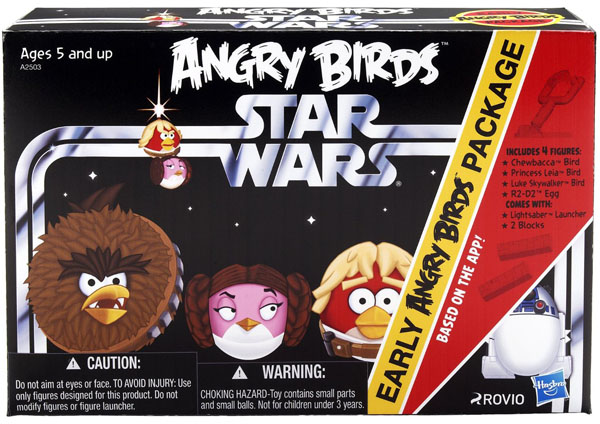 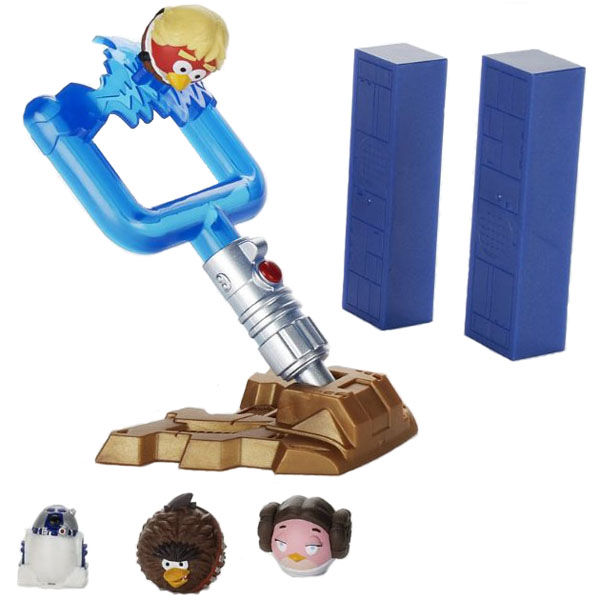 This is what kids are going to want for Christmas this year. You can get them hyped up for it by checking out the Angry Birds Star Wars app that’s slated for a November 8 release.

In the pack you get four birds dressed as Star Wars characters: Princess Leia, R2-D2, Chewbacca and Luke Skywalker. The slingshot launcher is fashioned after a particular Jedi’s blue lightsaber. You’ll also get two blocks for the birds to perch on. Sorry, no greedy pigs in this kit.

You can pre-order the Angry Birds Star Wars Fighter Pods Early Bird Pack on Amazon.com for $10.99, and the release date is set for October 28.