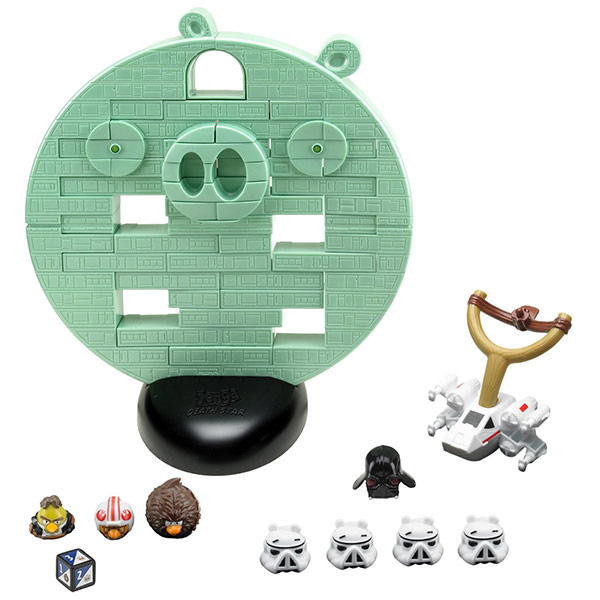 If you enjoyed the AT-AT Attack Battle Game, you’ll want the Angry Birds Star Wars Jenga Death Star Game as well. First you build a piggy Death Star out of Jenga blocks. Then you launch your birds to destroy it. The game comes with three different birds: Luke Skywalker, Han Solo, and Chewbacca. (The Chewbacca bird is exclusive to this set.) 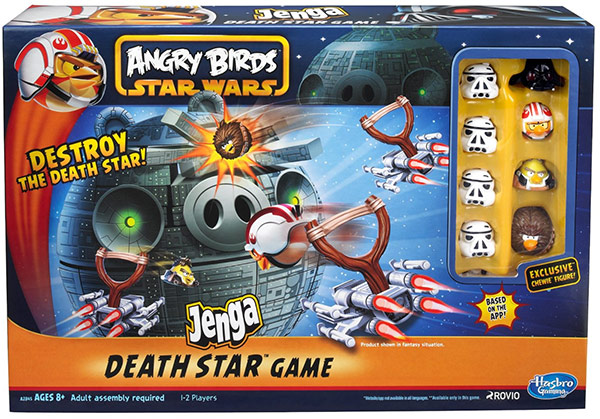 Get ready for an intergalactic battle with Angry Birds Star Wars when you and a friend take on Darth Vader and his porky pals! Take turns trying to topple the Empire with this awesome Jenga Death Star game. Load your X-Wing Fighter launcher with your Luke Skywalker, Han Solo or Chewbacca birds for an epic squawk attack against the Death Star. Which one of you will knock the Darth Vader and Stormtrooper pigs’ block off and bring the Death Star crashing down? There’s only one way to find out!

Angry Birds Star Wars Jenga Death Star Game is currently on sale for just $22.49 at Toysrus.com. It is also available for $26.36 with free shipping at Amazon.com.