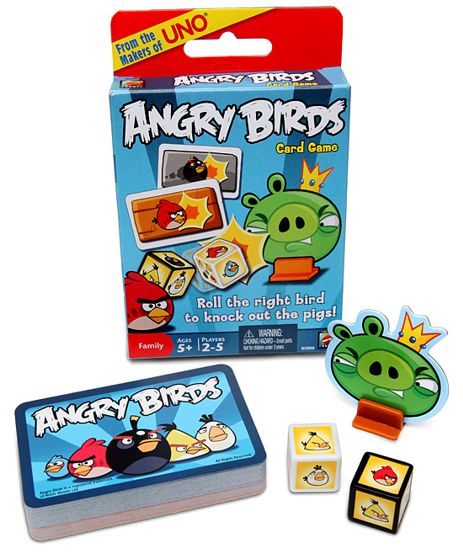 Angry Birds has gripped the gaming world ever since it was first released. Now the game is available on a variety of different platforms and has managed to gain such a huge following, that it has propelled the game developers to multi-million dollar status. We’ve seen the launch of the Angry Birds Board Game just the other day; now we see the release of the Angry Birds Card Game. 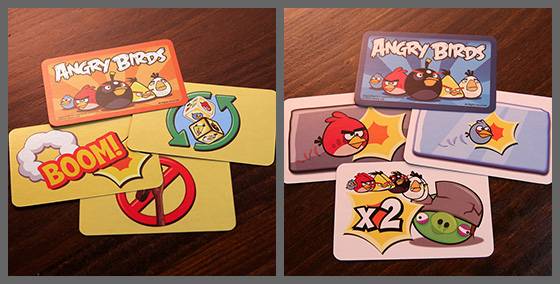 It’s funny how Angry Birds first started out in the digital world and eventually transitioned to being playable physically. It’s the complete opposite of how it was for Monopoly and Clue-do, which started out as board games but were eventually ported to be played on the computer.

The goal in the Angry Birds Card Game is basically the same: save the eggs, blow up the pigs, and make the birds happy. 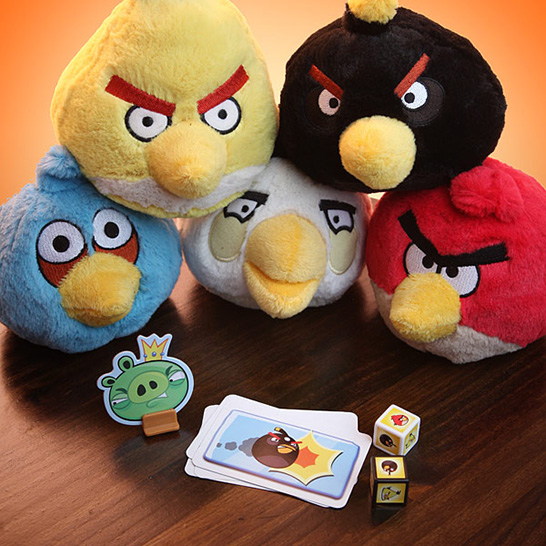 The survival of the Angry Birds is at stake! Be the first person to strategically knock out the object cards with your bird cards. Then shoot the die to topple the golden eggs and win with this quick-play game that’s based on the popular phone app. A fun and fast-paced game for the whole family.

The Angry Birds Card Game is available from ThinkGeek for $9.99.