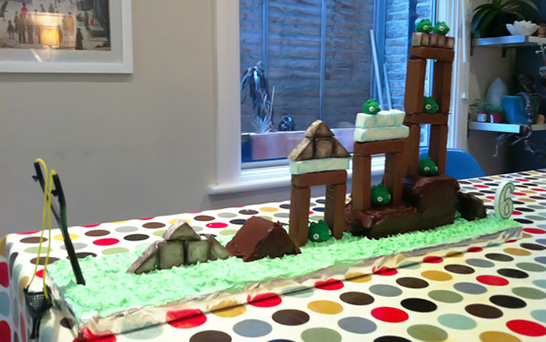 The Angry Birds video game has spawned many spin off products. I’m looking forward to the release of the Angry Birds board game (due in May), and if I was more into stuffed animals I would love the Angry Birds plush toys.  Now one very creative person has created a Playable Angry Birds Birthday Cake for their child’s birthday party. 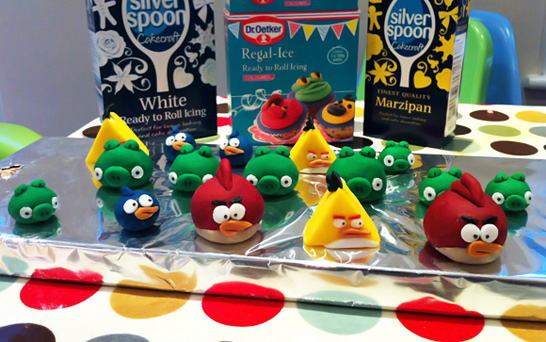 See more pictures about the Angry Birds Birthday Cake as well as a a step by step guide on how to build one for yourself over at Electricpig.co.uk.