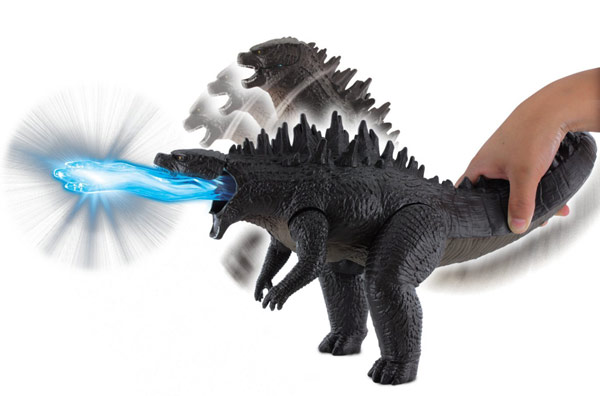 Godzilla is back, and the Godzilla 2014 Movie Godzilla Deluxe Attack and Roar Action Figure lets you enjoy stomping through the cities within your imagination as the King of Monsters unleashes two of his most recognizable weapons.

While there was some concern as to whether the new Godzilla would pack the atomic breath of his earlier incarnations, that fear has been laid to rest, and this 10-inch-tall figure is capable of delivering the same powerful atomic blast against any and all enemies. 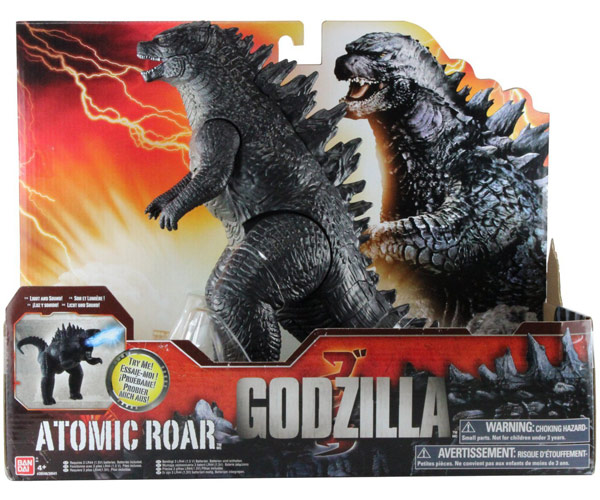 His second weapon? That would be the big beast’s iconic trademarked roar, which is capable of freezing any enemy in its tracks… or making any Godzilla fan squeeze with glee.

The Godzilla 2014 Movie Godzilla Deluxe Attack and Roar Action Figure is available for $34.99 at Entertainment Earth and $27.74 at Amazon.com.

The Godzilla Deluxe Adult Air-Blown Costume is the perfect outfit to wear when you feel like setting up a tiny city and then knocking it down. It also works wonders in letting your neighbors know that you’re very, very strange. You probably won’t be mistaken […]

The Case of Beasts: Explore the Film Wizardry of Fantastic Beasts and Where to Find Them

The Case of Beasts: Explore the Film Wizardry of Fantastic Beasts and Where to Find Them is a mouthful. It also offers a unique behind-the-scenes look at the making of the movie. The designers also designed graphic props for the feature film. This cool book […]

Stomping off the big screen and into your home is the King of Monsters with the Godzilla Maquette. Designed and developed using original digital assets from the 2014 film, Godzilla, this 24-inch-tall statue features a detailed look at the mighty creature who sometimes seems a […]