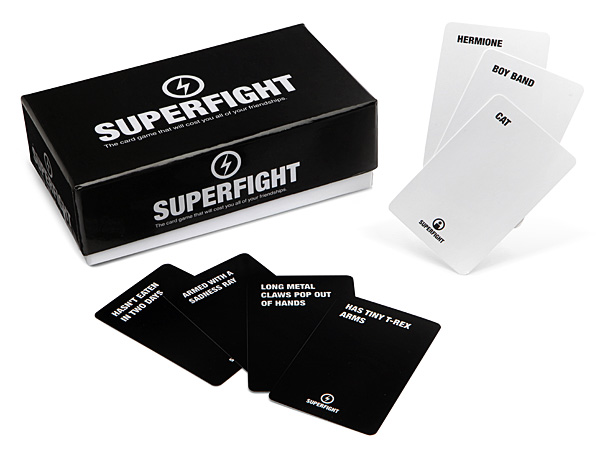 Are you ready for a superfight? Of course you are, you tough guy you. This Superfight! Card Game is just what you need. This fun and funny card game is based on fights between characters with superpowers. 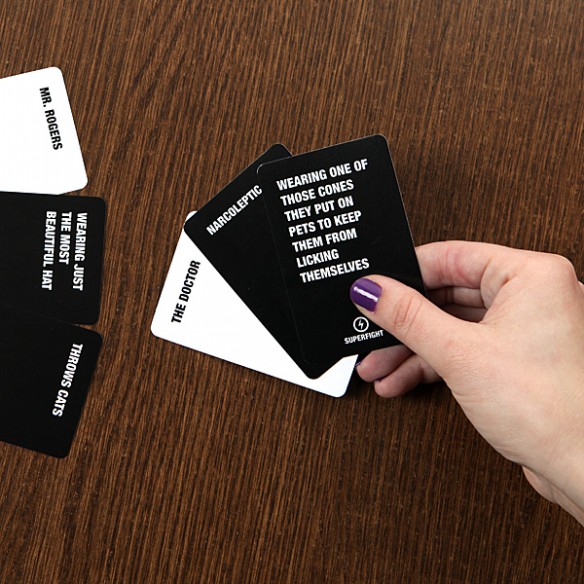 The best part is that you get to argue with your friends on which of your fighters would win. After that you draw new fighters and powers and argue all over again! Not sold yet? Some potential matchups include:

With a name like Machine of Death, I don’t think this is a touchy feely game with magic rainbows. Nope. You have to work together to creatively assassinate your target. Then the Machine of Death will tell you how they die. Fun! It is up […]

Star Wars fans will not want to miss Star Wars: The Card Game. This two-player head-to-head duel allows you to command the most legendary heroes, villains, and even starships from the Star Wars universe. This is a deck building game like no other with unique […]