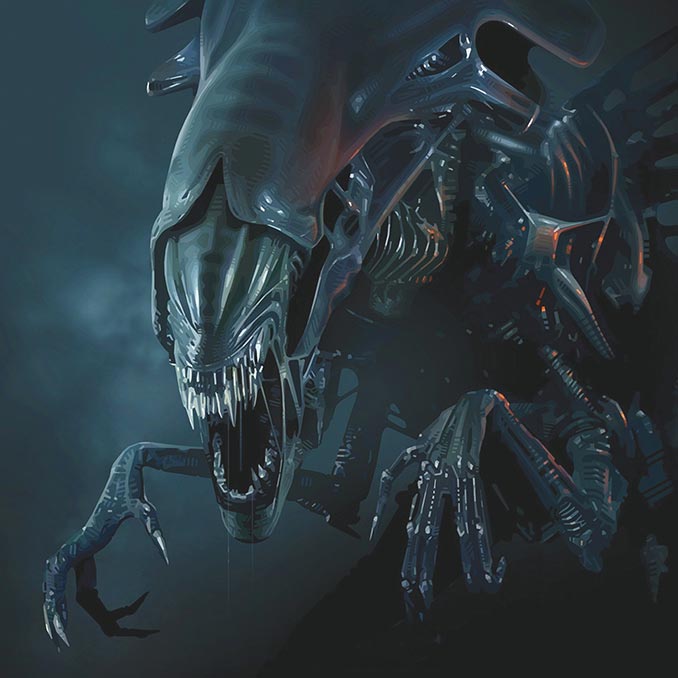 Today 20th Century FOX released a New Alien Movie Trailer, as well as this new Aliens “It’s War” Trailer for the sequel. There doesn’t seem to be anything new, such as a 4K release, behind these new trailers. Apparently they’re just for fun, and to promote the movies on DVD and Blu-ray. Many consider Aliens one of the best science fiction films of all time, and the best of the Alien franchise, so it is fun to see a modern style trailer of this remarkable film from 1986.

Fifty-seven years after surviving an apocalyptic attack aboard her space vessel by merciless space creatures, Officer Ripley (Sigourney Weaver) awakens from hyper-sleep and tries to warn anyone who will listen about the predators. Although she is ignored at first, when contact with colonists on a planet thought safe is suddenly lost, Ripley and a military team are sent to confront the aliens.

The Aliens Ripley Rock Candy Vinyl Figure is locked and loaded, ready to take on the latest batch of Xenomorphs that threaten her and her new friend, Newt. Standing 5-inches tall and based on Sigourney Weaver’s portrayal of Ellen Ripley in 1986’s Aliens, the stylized […]

Alien “In Space No One Can Hear You Scream” Trailer

The movie may be from 1979, but as you can see in this brand new Alien “In Space No One Can Hear You Scream” Trailer, it still looks really cool. It would be awesome if this was a trailer for a new movie, but apparently […]

This Test Tube Aliens Collector’s Pack is exactly what it sounds like. A coolector’s pack of test tube aliens. They may not have been grown in a lab, but they look like they were. They were born in a test tube, but it’s up to […]

Do you like the movie ‘Aliens’? Do you like Lance Henriksen? Then you’ll want to get the Aliens Bishop Full-Size Replica in all its body-fluid-spewing glory. Remember that scene in the movie where android Bishop gets ripped in half by the Alien Queen? Here’s a […]