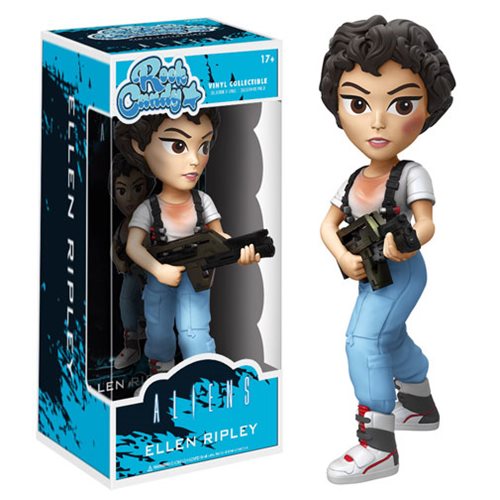 The Aliens Ripley Rock Candy Vinyl Figure is locked and loaded, ready to take on the latest batch of Xenomorphs that threaten her and her new friend, Newt.

Standing 5-inches tall and based on Sigourney Weaver’s portrayal of Ellen Ripley in 1986’s Aliens, the stylized Rock Candy version of the reluctant Alien fighter gets to look cuter than Ripley actually did in the movies. No offense to Weaver, it’s just hard to look cute when you’re fighting for your life against something that bleeds acid and has a mouth inside a mouth.

Bruce Banner’s cousin, Jennifer Walters, smash’s into Funko’s Rock Candy collection with the She-Hulk Rock Candy Vinyl Figure. Standing approximately 5-inches-tall, She-Hulk is dressed in her comic book crime-fighting outfit, showing she has the same love for purple that her cousin has, although she thankfully […]