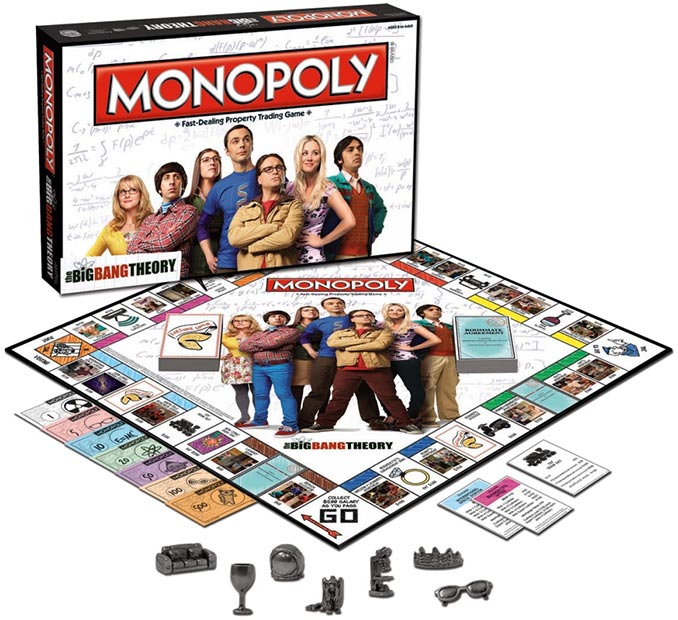 Playing The Big Bang Theory Monopoly Game will make you feel like you’re one of the gang. The properties are all locations from the show, such as Sheldon & Leonard’s Apartment, Penny’s Apartment, Physic’s Department Cafeteria, Leonard’s Lab, Bernadette’s Office, and The Cheesecake Factory. The game tokens are also from the show, such as a couch (Sheldon’s spot), Penny’s wine glass, and even Raj’s dog Cinnamon.

Buy, sell and trade key locations like Sheldon & Leonard’s Apartment or Mrs. Wolowitz’s House. Mock your friends as they land on your properties updated with houses and hotels renamed Colliders and Super Colliders as you advance your way to victory!