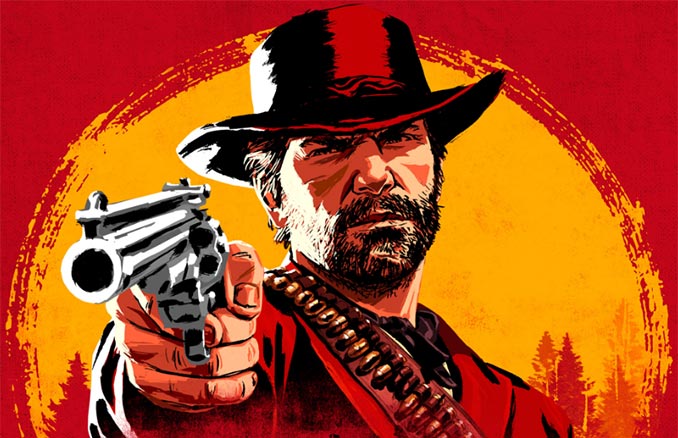 Today, Rockstar Games released the third Red Dead Redemption 2 Official Trailer. This epic tale of life in America at the dawn of the modern age will be coming to PlayStation 4 and Xbox One game consoles with an October 26, 2018 release date. It is the long awaited sequel to the original Red Dead Redemption that was released in 2010. Red Dead Redemption 2 has had a number of delays (it was scheduled for a fall 2017 release, then spring 2018, and now fall 2018), but if this trailer is an indication, the game should be worth the long wait.

America, 1899. The end of the wild west era has begun as lawmen hunt down the last remaining outlaw gangs. Those
who will not surrender or succumb are killed.

After a robbery goes badly wrong in the western town of Blackwater, Arthur Morgan and the Van der Linde gang are forced to flee. With federal agents and the best bounty hunters in the nation massing on their heels, the gang must rob, steal and fight their way across the rugged heartland of America in order to survive. As deepening internal divisions threaten to tear the gang apart, Arthur must make a choice between his own ideals and loyalty to the gang who raised him.

Here is the second Red Dead Redemption 2 Official Trailer that was published in September 2017:

Here is the first Red Dead Redemption 2 Official Trailer that came out in October 2016:

Sunglasses already make certain people look like rockstars. But if you find that your sunglasses don’t really distinguish you from the crowd, take these LED Rockstar Sunglasses for a test drive. 21st Century Spin on retro shutter glasses. Unlike other glasses of this style, we […]

He might seem full of bravado and bluster most of the time but the Star Wars Han Solo Redemption Paper Giclee Art Print provides a look at a more introspective side of the smuggler who became a rebel hero. One does not simply blow off […]

The Walking Dead: The Official Cookbook and Survival Guide

When the zombie apocalypse comes, having a copy of The Walking Dead: The Official Cookbook and Survival Guide will take away one of your worries because now you’ll be able to prepare your own meals… and if you can eat, everything else is a piece […]

Make breakfast fun with this Arthur Boiled Egg Cup Holder with Eating Spoon. Your egg in shining armor waits. Instead of wielding eggs-calibur, this knight has his trusty spoon, so dig in for adventure. This one is fun for kids as well as adults. It […]