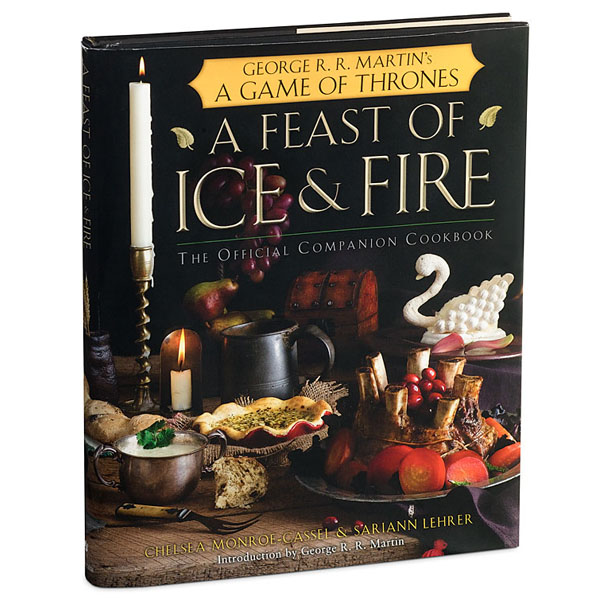 With over 100 recipes divided by region and accompanied by detailed passages from all five books in the series and full-color photographs, you’ll be able to satisfy all the house lords in your neighborhood in the style of the Seven Kingdoms. 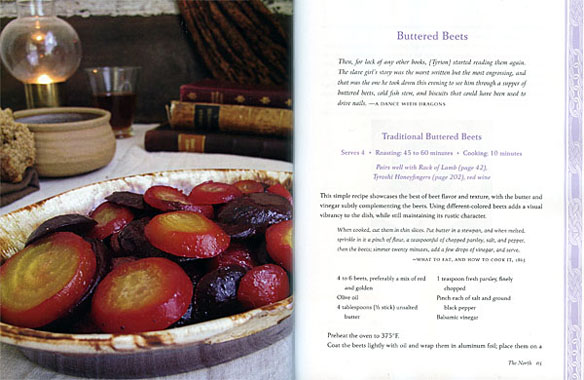 Ever wonder what it’s like to attend a feast at Winterfell? Wish you could split a lemon cake with Sansa Stark, scarf down a pork pie with the Night’s Watch, or indulge in honeyfingers with Daenerys Targaryen? George R. R. Martin’s bestselling saga A Song of Ice and Fire and the runaway hit HBO series Game of Thrones are renowned for bringing Westeros’s sights and sounds to vivid life. But one important ingredient has always been missing: the mouthwatering dishes that form the backdrop of this extraordinary world. Now, fresh out of the series that redefined fantasy, comes the cookbook that may just redefine dinner . . . and lunch, and breakfast. 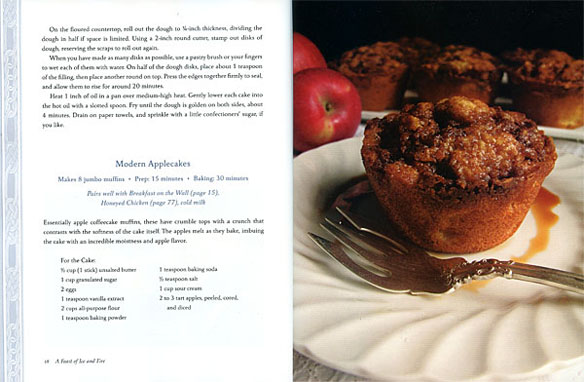 These easy-to-follow recipes have been refined for modern cooking techniques, but adventurous eaters can also attempt the authentic medieval meals that inspired them. The authors have also suggested substitutions for some of the more fantastical ingredients, so you won’t have to stock your kitchen with camel, live doves, or dragon eggs to create meals fit for a king (or a khaleesi). In all, A Feast of Ice and Fire contains more than 100 recipes, divided by region:

Remember, winter is coming so you better eat a few good meals while you still can. A Feast of Ice & Fire – Official Game of Thrones Cookbook is available at BoxLunch.com for $35. Also found at Amazon.com and Barnes & Noble.

With the wildly popular books, merchandise and an HBO spin-off series, the Games of Thrones fantasy saga by George R. R. Martin has taken hold of geeks and geekettes, as well as the general public. Not since Lord of the Rings, has a fantasy novel […]

With the The Nerdy Nummies Cookbook: Sweet Treats for the Geek in All of Us, you’ll learn how to make geeky treats from the star of the Internet’s most popular baking show. You’ll find recipes from some of the most popular fan favorites from the […]