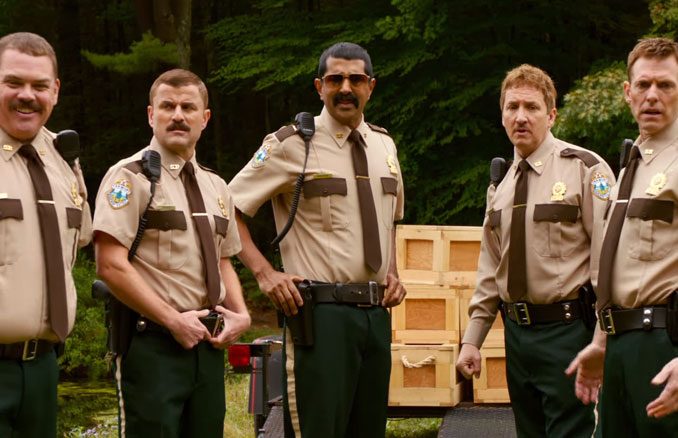 Four twenty is right around the corner and you know what that means….Super Troopers 2. What, did you have something else in mind? This highly anticipated sequel took over fifteen years and crowdfunding to get here, but the Super Troopers 2: Official Red Band Trailer has it looking like it was all worth it. The entire crew is back, Thorny, Farva, Rabbit, Mac, Foster and O’Hagan, and their up to their old Shenanigans again. So grab a litter of cola and get ready to enjoy a movie that is set to be an instant classic. Meow get going! 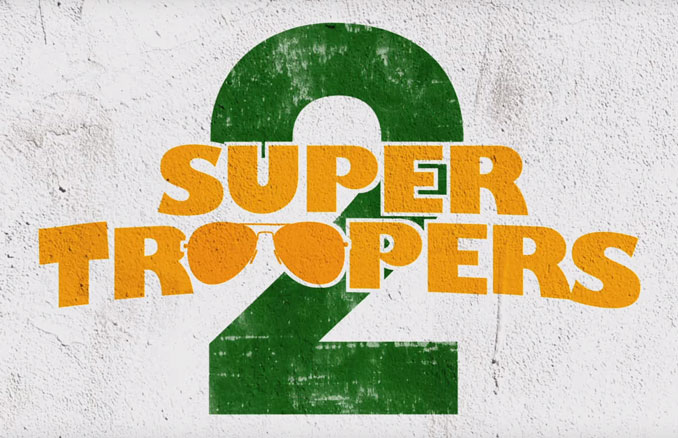 So it seems even the Star Wars Universe isn’t immune to the Solanum Virus. Star Wars Death Troopers is a gruesome tale of how a zombie plague came to overrun an Imperial barge. Written by Joe Schreiber and published by Lucas Books, this 288 page […]

Hunger is everyone’s worst enemy, and it’s known to drop-kick people in the guts when least expected. When you’re weak in the stomach, it’s the Super Ninja Rabbit and White Rabbit Lunch Bag you need to give hunger the ultimate smack down. Can be used for just about everything (lunch box, […]

The Justice League takes to space to face the latest threat to Earth on the Justice League Space Patrol Sublimated T-Shirt… or maybe they’re just headed to the Milky Way to satisfy a sweet tooth. You never can tell with those superhero-types. The 100% polyester […]

Va-va-voom. This is one sexy animated Maquette. Fans of Who framed Roger Rabbit are already huge Jessica rabbit fans, and the rest of you who just saw this Disney Trail Mix-Up Jessica Rabbit Mini Maquette for the first time are now instant fans as well. […]

Never fear, fans of Monty Python and the Holy Grail. The Rabbit of Caerbannog T-Shirt isn’t nearly as deadly as the cute little bunny pictured on it. While this tee might not have a vicious streak a mile wide, it does have some great art […]

Now you can look just like Louise from Bob’s Burgers thanks to this Bob’s Burgers Louise Rabbit Ear Hat. This pink bunny ear hat is just like the one Louise wears. It even has wire in the ears keep them from drooping. Louise would approve. […]

Here’s something that would fit nicely in an updated version of the 10 USB Gadgets to Help You Through the Winter article – the rabbit USB hands warmer. Just plug it into the USB port to heat up the hand warmer. Moreover, you can unplug […]

Easter may have come and gone, but there’s no reason that you can’t still accessorize by wearing a goofy looking rabbit on your back.  This White Rabbit Backpack will hold all of your things, while seeming to laugh at you the entire time. He looks […]

Fans of Roger Rabbit will like this Disney Showcase Jessica Rabbit Couture Resin Statue. Of course the rest of your statues and action figures will all turn they eyes on her once you add this to your collection. This statue shows Jessica Rabbit striking a […]